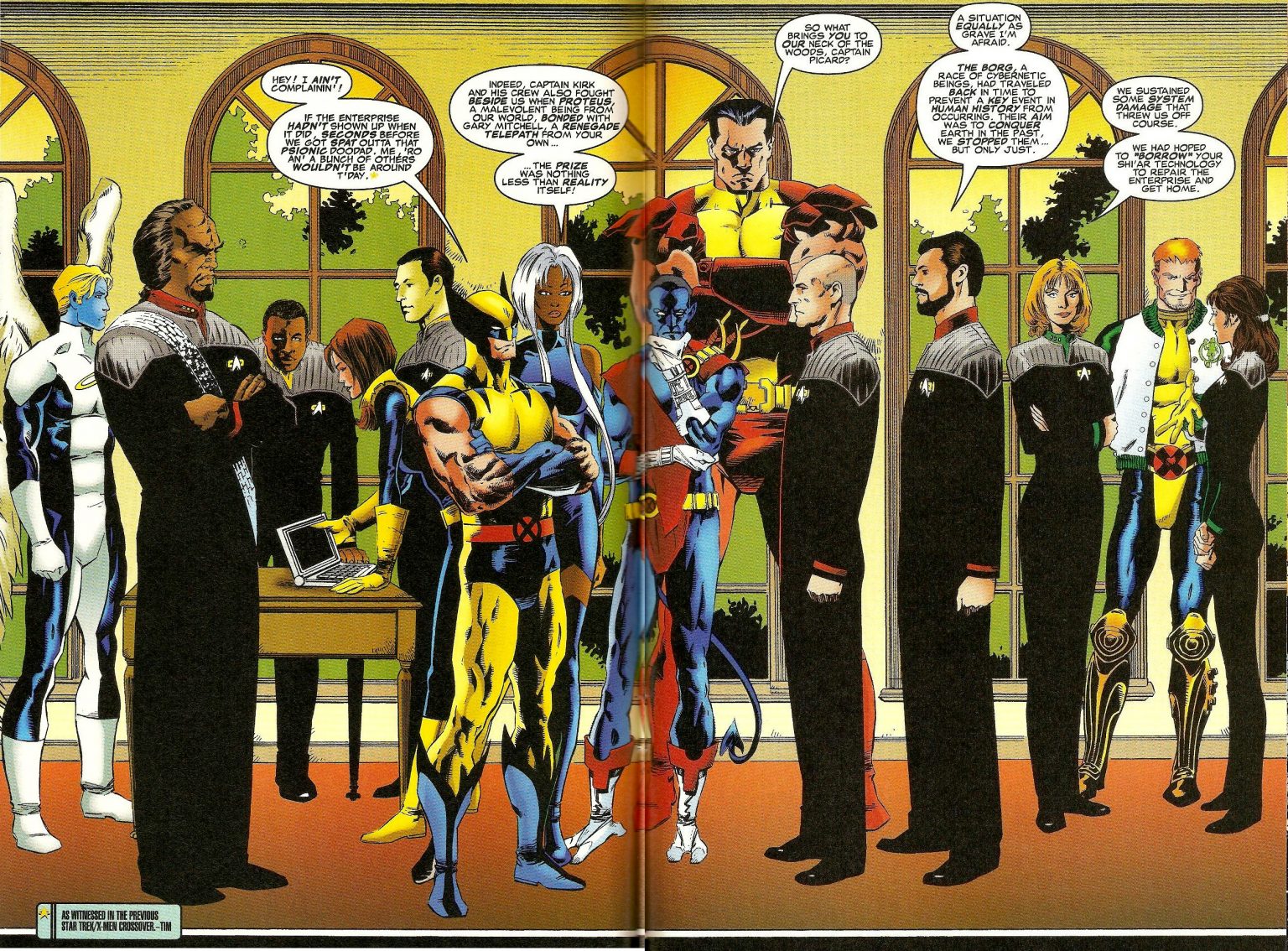 Remember When “Star Trek” Crossed Over with the X-Men?

Today is the 55th anniversary of “Star Trek” making its premiere on tv. We feel confident in calling it the most influential television series ever, considering just how much Gene Roddenberry‘s vision permeated science, tech, and the inspirational soul of all who watched it. In chatting with some colleagues about “Star Trek,” I was reminded of one of the strangest crossovers featuring the series and Marvel Comics staple the X-Men.

We just figured reminding you this exists today would be a good idea.

You can actually order the paperback or Kindle edition on Amazon right now. Let us know what you think of it!