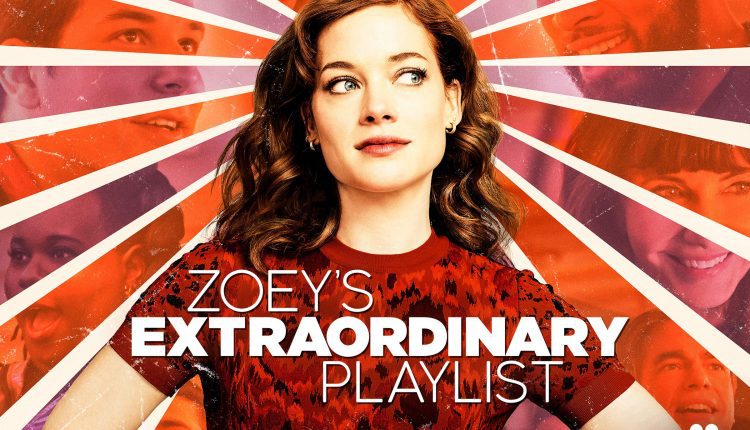 There have been few shows that have won their way into my heart after not giving them a second thought, and “Zoey’s Extraordinary Playlist” absolutely sang its way into my soul. After a strong recommendation from a trusted friend (who’s love of the show surprised me), I was immediately hooked and never missed an episode, even ugly crying at the end of the Season 1. Needless to say I was absolutely crushed when I learned shortly after the Season 2 Finale that the show had been cancelled by NBC. Much like how it won me over despite not believing it in, “Zoey’s Extraordinary Playlist” once again sparks new hope for fans as it has found a home and new avenue to further the story.

The beloved show will be getting a special 2 hour holiday movie at Roku from Lionsgate Studios. The film is set to be a story wrap up of sorts, with the core cast in talks to return. If the film is a success, it could possibly lead to a new home and new heart songs in continuing series and 3rd season. That’s purely speculation, as of right now the only thing that is in final stages of negotiations is the holiday special movie.

This move marks a big step not just for “Zoey’s Extraordinary Playlist,” but for Roku and its original programming. The streaming service has reported massive increases in both Q2 profits and subscribers, adding 1.5 million from the first quarter. Their acquisition of Quibi’s library helped expand their programming, and adding this new AVOD with Zoey’s movie could be another major step for everyone involved.

“Zoey’s Extraordinary Playlist” is a musical based TV show that follows Zoey Clarke (Jane Levy) as a young, driven programmer for a major start up company in San Francisco. After an unusual event, she can hear people’s inner thoughts but only through pop songs. The show is quirky, silly, and heartfelt, and has garnered a strong fanbase as well critical acclaim.

It’s truly a fun show, one I would highly recommend and I am incredibly excited to hear that more is coming, even if its only a one time return.