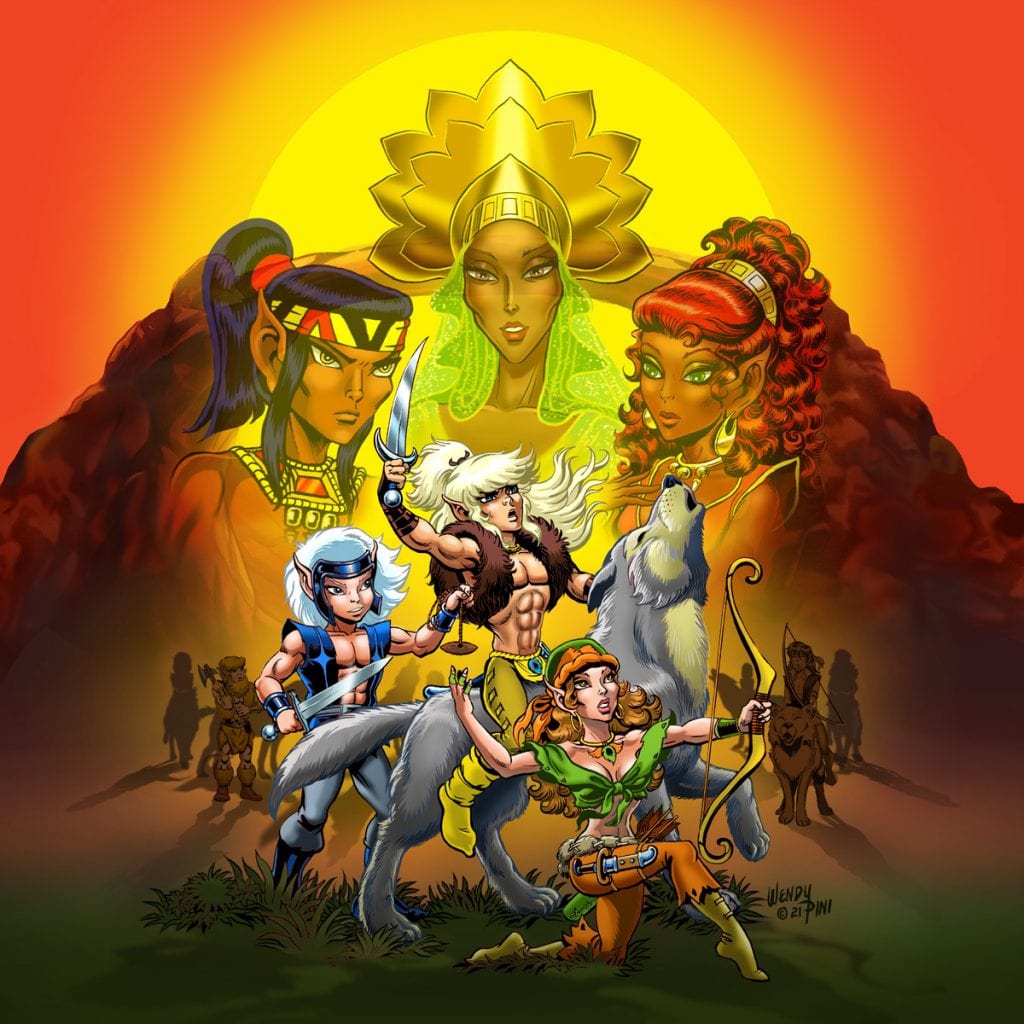 Earlier this morning, some of the main cast for the upcoming audio movie (think classic radio drama) based on Wendy and Richard Pini‘s ElfQuest was confirmed. The news came in the form of the official launch of a Kickstarter campaign for the project.

From the ElfQuest Audio Movie Kickstarter:

“In 1978 Wendy and Richard Pini released the first issue of the ElfQuest comic book. For the next forty years, the story grew and expanded into a worldwide cult phenomenon, influencing generations of fans and artists.

Now, we’re bringing the first five issues of ElfQuest to life as a deluxe audio movie!

Overseen by executive producers Wendy and Richard Pini, this is the definitive, dream production of ElfQuest… and it’s made possible by fans and supporters like you. With your help, we’ll keep ElfQuest independent and bring the story to life in a way that honors a four-decade legacy. Ayoooah!“

The ElfQuest audio movie Kickstarter campaign just launched with an initial goal of $50,000.

We’ll do our best to keep you in the loop about additional casting for the project, and how the fundraising is going. The Pinis will be appearing in person at SiliCon with Adam Savage in San Jose, California during the in-person convention August 28th-29th, 2021.