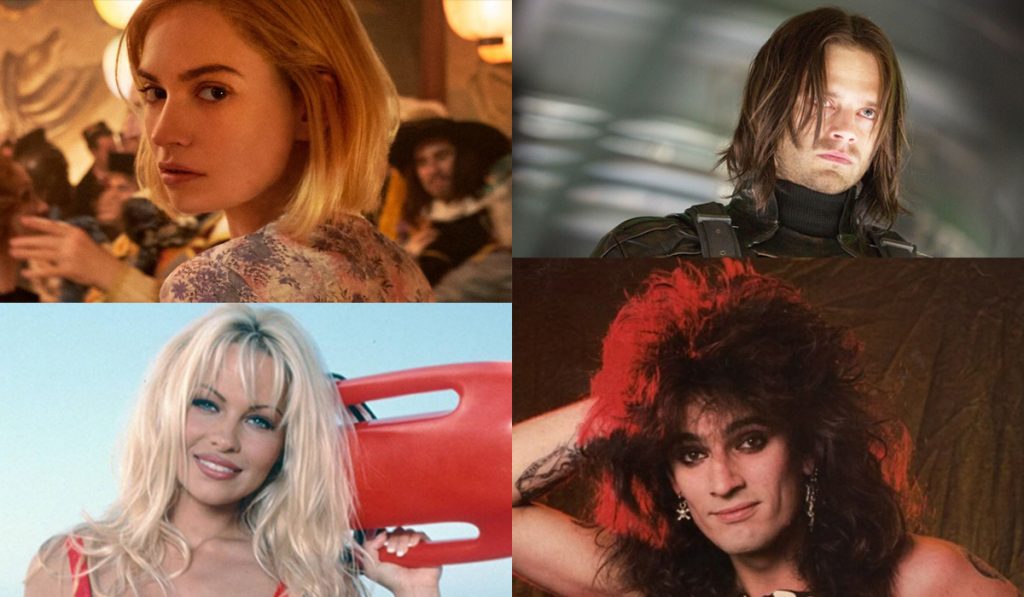 Every so often, some absolutely amazing casting news comes out, and we are tickled to share it. This is….kind of one of those times? Remember when Margot Robbie, fresh off her first Harley Quinn outing in “Suicide Squad,” got tapped to play Tonya Harding? Remember all the baseball bat jokes? Yeah, this is KIND OF like that.

Lily James, who played Ella in Kenneth Branagh‘s live-action reimagining of Walt Disney’s take on “Cinderella” will apparently be playing a very different kind of….princess. James will reportedly be taking on the role of one Ms. Pamela Anderson, in a limited Hulu “television event.”

And for Tommy? How about-

James will be joined by none other than The Winter Soldier himself, Sebastian Stan, who will be playing Mötley Crüe drummer and former husband of Anderson- Tommy Lee.

“I, Tonya” helmer Greg Gillespie will be directing the project, that currently has the working title of “Pam & Tommy.”

The series will reportedly center around the couple’s time together during the 90s/early aughts, and yes- that sex tape scandal.

As a matter of fact- Seth Rogen is also on cast, to play the guy who stole the Lee’s sex tape and sold it to the tabloids.

We are not proud to admit that we are seriously interested in seeing this limited series. We’ll let you know what we hear about it.