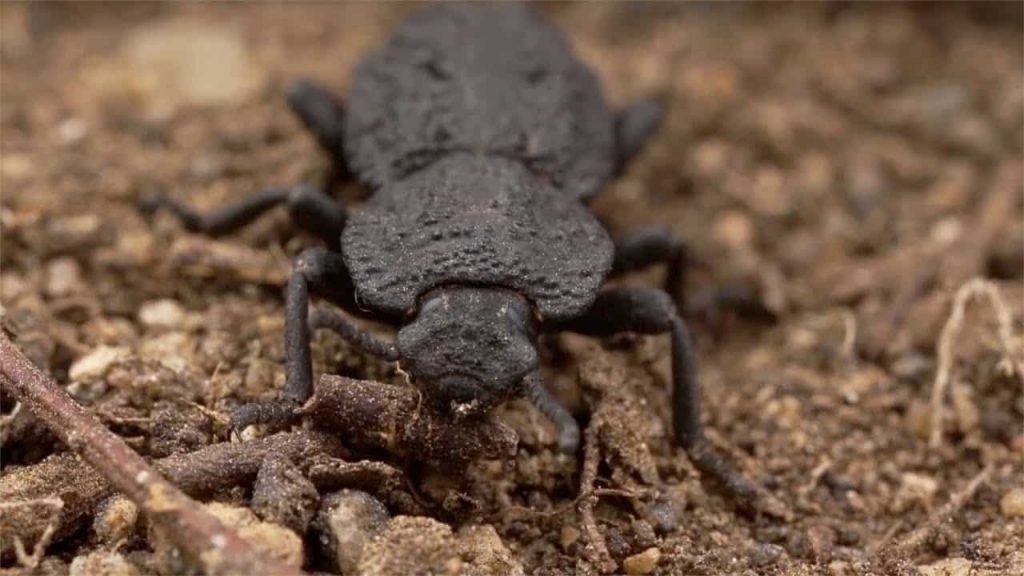 This Beetle Can Survive Being Run Over by a Car

There are few things that truly freak me out and they’re usually bugs. When they do, I find comfort in the knowledge that if I had to I could overpower it. For example that spider in the corner? Yeah I could take him. Of course I know that they are very helpful and will always try the cup and paper method of removing it from my home before truly freaking out. But it’s nice to know that I’d win in a fight. This new creature I’ve learned about? Nope. The Diabolical Ironclad Beetle can withstand being run over by a car. And for me that’s a whole lot of nope.

The Ironclad Beetle is a native to Southern California Deserts where I have lived. Fortunately if I came across one I just never noticed because had I had this information and stumbled upon one I would be intimidated. I mean just look at this guy.

He’s a bit scary looking. According to studies from University of Irvine, Purdue University and other institutions this bug can withstand a force of 39,000 times its body weight, according to the researchers. That’s crazy! And not something that can easily be accomplished.

The exoskeleton is the reason that the bug can’t be squished. And it’s due to it’s evolution that it’s like that.

“The ironclad is a terrestrial beetle, so it’s not lightweight and fast but built more like a little tank,” explains David Kisailus, a University of California, Irvine professor of materials science and engineering, in a press release. “That’s its adaptation: It can’t fly away, so it just stays put and lets its specially designed armor take the abuse until the predator gives up.”