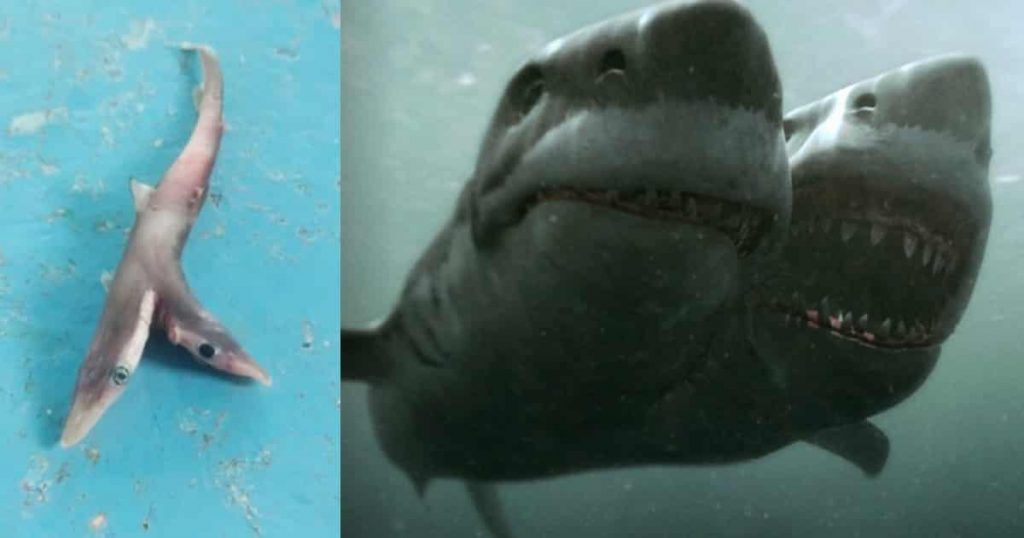 Some people who may be scared of sharks might not want to see this. Or know about it at all since it could be considered nightmare fuel for them. But for those who think that sharks are just sea puppies this might be one of the cutest little dicephalic sharks you’ve ever seen.

This particular creature is a spadenose shark, and before you get too worried- it should only reach a length of two feet. The fisherman caught it, took some pictures and then released it back into the Arabian waters.

Like most creatures that are born with this type of abnormality, it is assumed that this poor little guy won’t live long. Usually when a dicephalic animal is born they are not strong and healthy so they live very short lives. Other reasons you don’t see them often are that they usually don’t make it out of the womb. This shark is very rare and it’s not known exactly how common this is. So if you’re thinking you’ll be attacked by a two headed shark anytime soon you should probably stop worrying.