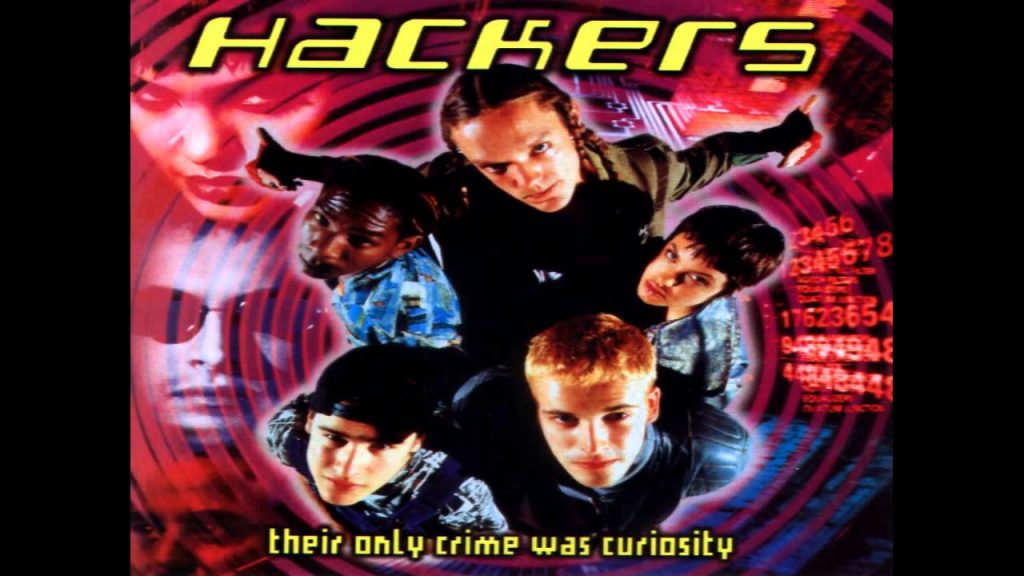 Though there are still three months left in 2020, as this month I believe the films released in September of ’95 best embodies the spirit of the 90s. “Hackers” has it all; fashion, computers, music, all of it both trapped and freed in the era in which is was released. It is both silly and ambitious, taking what little we knew about the potentials of the internet and running with it. It grounds its limited knowledge in reality and its context in imagination. It seems to acknowledge that actual coding and hacking is quite boring, but if it’s all redesigned as an early Windows 95 screensaver, now it’s exciting. An unbelievable reimagining of a simpler time, one that embodies era in every facet of filmmaking even decades later.

At age 11, A young hacker named Dade Murphy (ZeroCool online) is caught and fined for crashing 1,507 systems resulting in a 7 point drop in the New York Stock Exchange. He is banned from using any kind of electronics until he turns 18. Now of age and new to New York, Dade’s online antics crosses paths with a group of local hackers who accept him after learning that he is “legit.” The youngest of group, Joey, tries to prove himself by hacking a supercomputer of Ellingson Mineral Company, and inadvertently uncovers a plot to steal millions of dollars from the company in the form of a worm program. After downloading a large chunk of the file, the group of hackers must outsmart the FBI and reveal the true criminals before the crime is pinned on them.

There is so much fun to be had in “Hackers.” Even in the ridiculousness of the plot and constant campy dialogue, the film is endearing and self aware. It’s easy to watch with literal 2020 vision, but for its time, it was dating itself while remaining timeless.

Rollerblades, payphones, exaggerated 90s clothing, arcades, techno etc. All remnants of world long forgotten by the very thing the film is about. But more than reimagining now outdated technology, the film is about outcasts, ostracized for their talents of understanding a new world before it became the world as we know it. The characters are all larger than life and at times, almost caricatures, but they are largely empowered rather than ridiculed.

The cast is both delightful and classic 90s folly, pawning off grown adults as high school students. Relative newcomers Johnny Lee Miller (ZeroCool) dons a superb American accent but looks just as old as he does now 25 years later. Even a young Angelina Jolie (Acid Burn) still looks older than the high schooler she is suppose to be playing. Renoly Santiago (Phantom Phreak) and Laurence Mason (Lord Nikon) look old enough to play the FBI agents pursuing them.

Perhaps the only one that looks of age is Jesse Bradford (Joey), but that’s about as close as it gets. Casting adults to play teenagers is pretty standard for 1995, but “Hackers” seems to stand out as one of the worst offenders. Nevertheless, the performances overall generally make this a non issue. Even Matthew Lillard (Cereal Killer), a performer with a long filmography and a short list of enjoyable roles (for me, anyway) is fun here. His quirk suits him and the film, blending it well with the merry band of hacking misfits.

Where the cast and plot both falter is in its villains. Both Fischer Stevens (The Plague) and Lorraine Bracco (Margo Wallace) are both accomplished actors in their own right, but here they both seem to miss the mark of balancing the camp and realism. Fischer ops for over the top delivery, which suits the film better were the character of The Plague not written so cliche.

Bracco, whose character is also poorly written, opts for some very strange delivery that makes everything about her feel miscast for the role. On top of all of this, the villains are never really that threatening. That’s not to say the race against time isn’t compelling, but there’s nothing necessarily imposing about either of them. They are both white collar criminals committing fraud who happen to be revealed by a couple of hacker kids. Other than a few computer tricks, there really isn’t much else they possess to be threatening in any way.

Lastly, like a number of other films from this decade, the soundtrack is as much apart of the film as the film itself. “Hackers” has a soundtrack that, like its hacking and characters, is perfectly befitting for its subject matter. Powered by the likes of Underworld, Carl Cox, Stereo MCs, and of course, the all too familiar Orbital with Halcyon + On + On. In addition to all of this, the “Hackers” soundtrack has two of my all time favorite Prodigy songs of all time, with “One Love” and “Voodoo People.” Early Prodigy is the best Prodigy, and the soundtrack much like “Mortal Kombat” embodies the very spirit and culture of the film.

There is probably much more to dive into for “Hackers,” from the internet harassment of FBI Agent Richard Gill to the very strange dream relationship between Crash and Burn, to the idea that there would be a pool on the roof of a high school in New York, to underground clubs connected by eccentric international hackers.

I didn’t even address the very weird moment where Jolie decides she wants to be British for 3 words. For a film that many would critique for being ‘surface,’ there’s actually more to unpack than many would give it credit for. Sure, the film is a stylized exaggeration of a not fully realized world- but for all its silliness, “Hackers” somehow strikes a balance between unbelievable and ambition.

If nothing else, we are left with a message we can all relate to and hold dear: Hack the Planet!

[Editor’s note: you can also catch the Retro Crew Review’s chat about the film on Nerdbot’s official Facebook page here.]