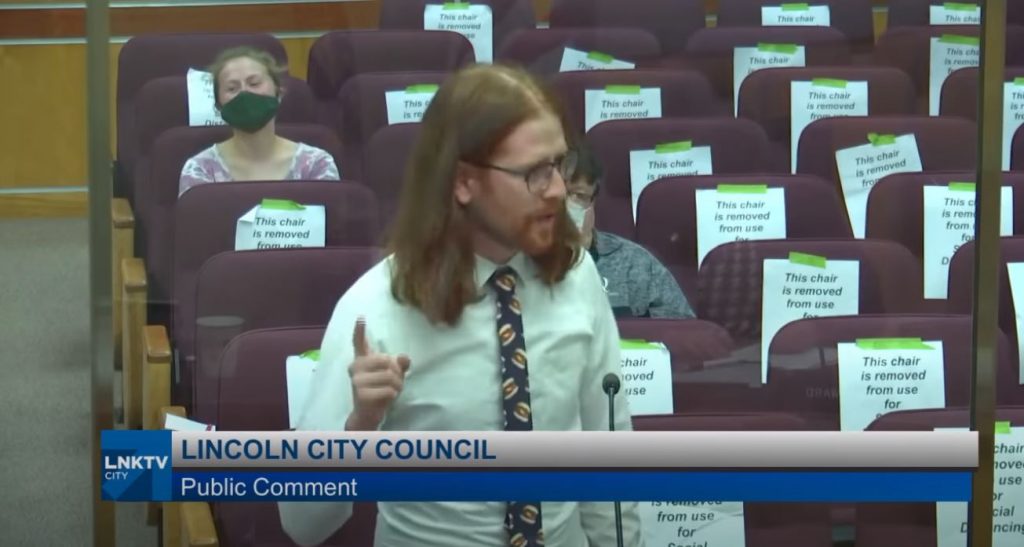 Some heroes don’t wear capes. They wear suits and go to city council meetings. The video has been making the rounds but the best part for me personally is the woman in the back of the video. You can see her get red faced and try not to crack up at the very passionate speech that he goes forth with. Andrew Christensen from Lincoln, Nebraska is fighting the good fight.

“I propose that we as a city remove the name boneless wings from our menus and from our hearts. These are our reasons why: Number one, nothing about boneless chicken wings actually come from the wing of a chicken. We would be disgusted if a butcher was mislabeling their cuts of meats, but then we go around pretending as though the breast of a chicken is its wing?” said Christensen.

“Number three, we need to raise our children better. Our children are being raised to be afraid of having bones attached to their meat. That’s where meat comes from, it grows on bones. We need to teach them that the wing of a chicken is from a chicken, and it’s delicious,” Christensen said.