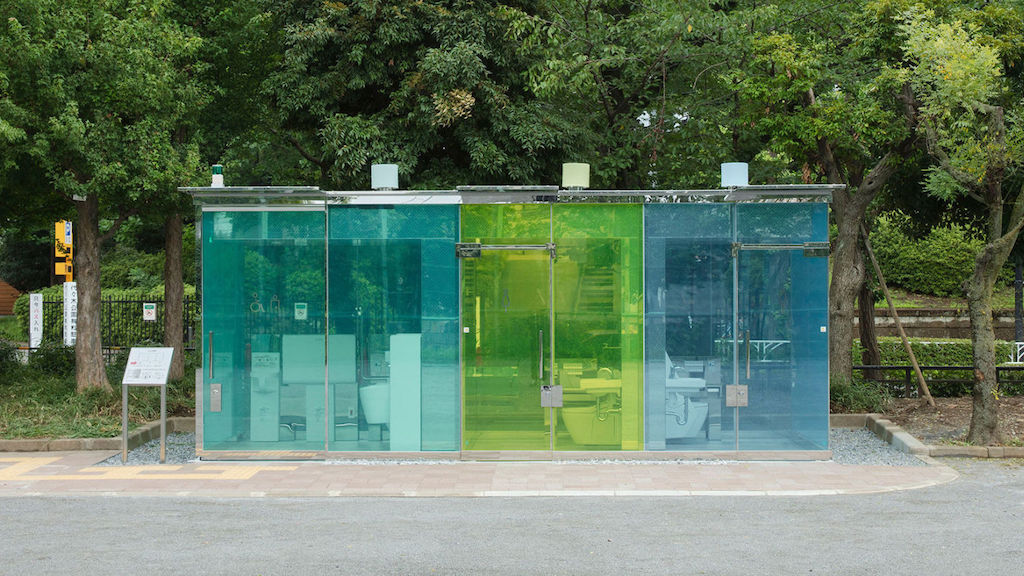 When I first saw this I have to say I was a little surprised. But that was before I realized the incredible function that these toilet stalls had when a person locked them. Japan has introduced new toilet stalls that are transparent when vacant but turn opaque when locked.

The Nippon Foundation put out a call to 16 famous Japanese architects to renovate 17 public bathrooms for The Tokyo Toilet project. These spaces were made to become more inclusive to all genders and make them safer. They were also meant to displace the thought that all public restrooms were smelly and ugly places to go.

The Nippon Foundation is launching THE TOKYO TOILET project to build public toilets that can be used by anyone. The project will build new toilets at 17 locations in Shibuya, Tokyo, as a way of moving toward the realization of a society that embraces diversity. Three of the toilets will be made available for use by the general public from August 5.

Shigeru Ban remodeled the public restrooms at Yoyogi Fukamashi Park and at Haru-no-Ogawa Park making them work in a most wondrous way. The colors are to make it more beautiful and the function of the glass changing from transparent to opaque is to let you know if it is occupied.

If you are traveling to Japan or know someone who lives there you may want to ask them for a video of exactly how these work. It seems almost unreal and ethereal. Not words you would usually associate with a public restroom. But hey, I guess they really knocked it out of the park with this new Tokyo Toilet Project!