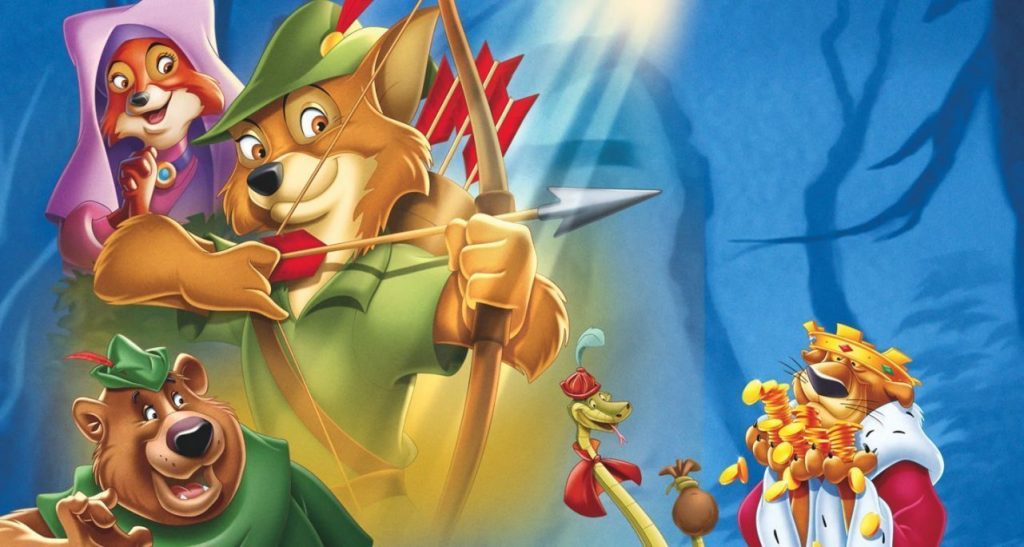 Regardless how you feel about the Disney Live-Action Remake trend, it doesn’t seem as though Disney has any plans on stopping. The live-action remakes have made big box-office success for the studio despite the complaints that have come forward from purists and the like. This time Disney is looking at one of their less popular but not forgotten and not unloved titles. This title being Robin Hood.

The 1973 classic features anthropormorphic animals that portray the legendary tale of Robin Hood. This means some more very heavy CGI and likely a depiction of the animals in such a way we haven’t seen Disney do quite just yet. Perhaps they will stick to them as being more “realistic” but I think we would all be highly dissapointed if Robin Hood can’t shoot an arrow and for that, will likely be needing human like hands. How will this translate in a live action CGI? Well, I am just as curious as you are.

The plans are to make this film a musical as well so we are highly anticipating the music numbers that will accompany the film.

We also hear that this is a project that will be for Disney+ so don’t expect to see it on the big screen. Because projects have been halted due to the current Covid19 crisis, we do not know when they plan on moving forward with the project.

However, they have made some moves as they have on board a director: Carlos López Estrada, best known for directing 2018’s Blindspotting. Kari Granlund, who wrote Disney’s recent Lady and the Tramp remake, is on board to pen the script.

So, how are you feeling about this news so far?

Let us know in the comments!