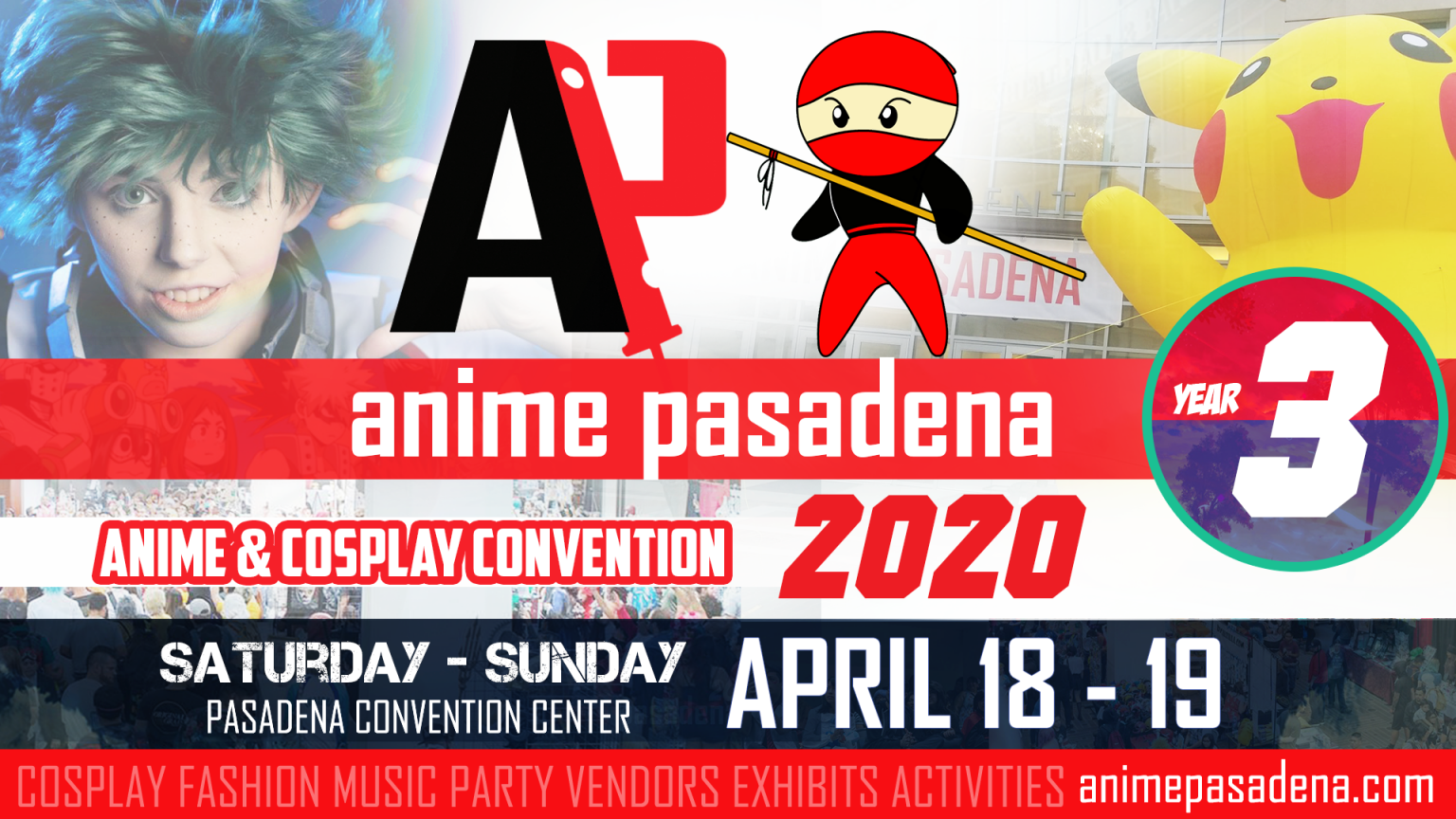 Anime Pasadena 2020 is celebrating its 3rd annual showing on Saturday and Sunday, April 18th-19th in the beautiful city of Pasadena, CA at the Pasadena Convention Center. They will have many returning guests as well as some new faces on the floor. Panels and Events for all ages will be offered as well as free cosplay photography rooms.

Now in a larger location, there will be over 240 Vendors and Guest. In the past few years Anime Pasadena has doubled in size in attendance. It’s being known as a premiere Cosplay destination with a high energy, friendly environment.

One of Anime Pasadena’s big attractions this year is The World’s Biggest Baby Yoda! He’s 25 feet tall and is ready to make all your dreams come true. Don’t miss your chance to get a photo of a lifetime!

Greeting you outside will be the World’s Biggest Baby Yoda!

Anime Pasadena 2020 will have some very special guests this year. Along with some returning like Veronica Taylor who is the original voice of Ash Ketchum in Pokemon and Sailor Pluto from Sailor Moon in the VIZ dub, they will have; Monica Rial English Voice actress for over 250 characters in anime including Bulma from Dragon Ball Z, Tsuyu from My Hero Academia and Sakura in Card Captor Sakura. Ian James Corlett who is the very first English voice actor for Goku as well as Master Roshi in the Saban dub of Dragon Ball Z in the 1990’s. George Newbern who is best known for being the voice voice of Clark Kent/Superman on the Cartoon Network series Justice League and Justice League Unlimited, Sephiroth in the English version of Kingdom Hearts II, Final Fantasy VII Advent Children, Crisis Core: Final Fantasy VII, Dissidia: Final Fantasy, Dissidia 012 Final Fantasy and Dissidia Final Fantasy NT. Rachel Lillis who played Misty, Jesse and Jigglypuff in the first eight seasons of Pokemon. Billy Kametz, who is known for Naofumi in The Rising of the Shield Hero as well as Josuke in JoJo’s Bizarre Adventure: Diamond is Unbreakable and many more. Joe Zeija who has played Claude Von Riegan in Fire Emblem Three Houses, Cesar in Just Cause 4 and Fox McCloud in Star Fox Zero: The Battle. Felecia Angelle who is known for playing Toru Hagakure in My Hero Academia, Ava in Borderlands 3, Kohaku in Dr. Stone. Tara Sands who was a key player in the original Pokemon anime playing Bulbasaur, Oddish and over 40 other characters. Kellen Goff who plays Overhaul in My Hero Academia as well as Funtime Freddy from popular indie horror game Five Nights At Freddy’s. Brianna Knickerbocker who is the English voice of Rem from Re:Zero and Filo in the popular anime The Rising of a Shield Hero. And there are many more guests to be announced!

As with every Anime Pasadena, there will be special events including a special Scavenger Hunt for Buttons. There will be four different buttons that you can get each day with some very familiar faces on them. Complete the daily tasks and get free buttons along the way! You’re going to want to participate every day because there are a total of eight different designs with only four styles released each day. Collect 8 and become the ultimate ninja! More information on the task for each level coming soon!

Two free cosplay photography rooms will be available so that you and your friends can be shot in style! The photos are to be available after the convention ends and will be uploaded to the Anime Pasadena Facebook so that you can relive your amazing cosplays!

A Kawaii fashion show will be hosted by Keia McCarty where you can check out all kinds of cool fashion. Celebrate your inner anime addict and express yourself with clothes!  There will also be cool panels and events to attend with more information on that coming soon.