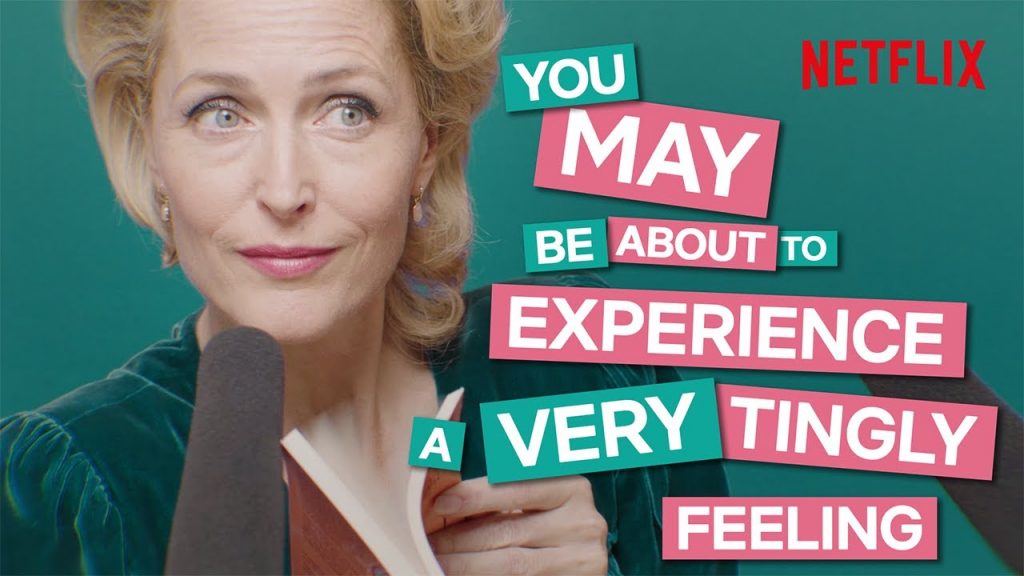 Gillian Anderson Does ASMR That May Cause You to “Braingasm”

ASMR is short for “autonomous sensory meridian response,” By using certain “triggers” ASMR taps into pleasure centers of the brain. From whispers to tapping or visual motions that evoke intimate feelings. Unfortunately not everyone gains the feelings that ASMR can invoke so maybe try and see what Gillian Anderson can do for you.

Now becoming a popular trend, even among the celebrity world, Netflix is taking it to the next level by using ASMR to promote one of their original programs: the British comedy series Sex Education. And they’ve enlisted star Gillian Anderson who plays Dr Hilburn.

This three minute video is an excellent strategy for the show given how much it is “in tone” with Sex Education.

The main character is a socially awkward teenager Otis who has an uncomfortable relationship with the topic of sex due to his mother’s openness on the topic. As a result he sets up a sex advice business with his bad-girl classmate Maeve (Emma Mackey) to help the kids at their school deal with sexual frustrations and issues.