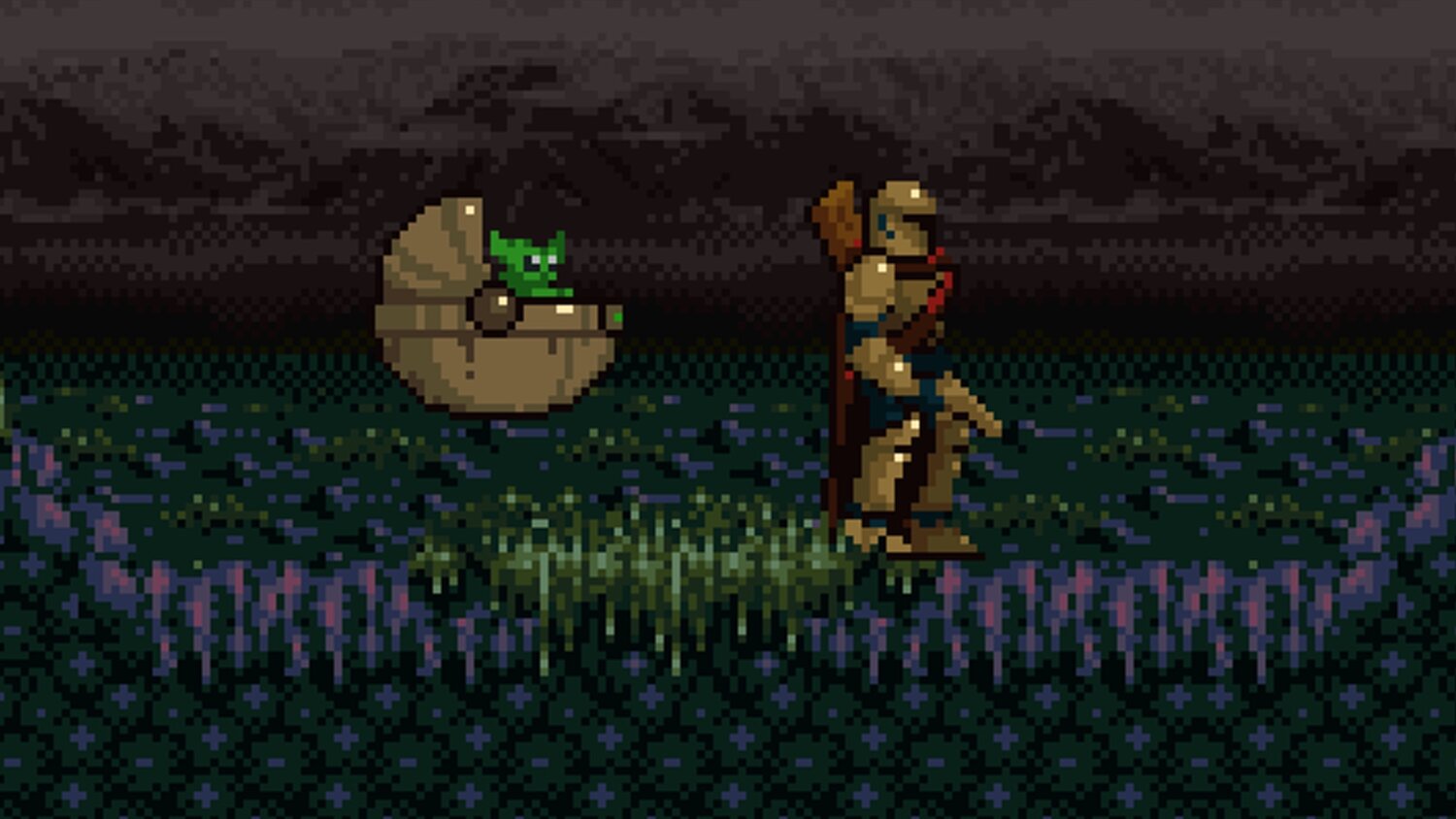 Tiani Pixel has created some incredible fan art of The Mandalorian by way of creating video stills of it as a Metroid style game.

In the gif you can see Mando and The Child as they bob up and down. The Child shows off his cute little ears by looking forward and backward. The gif even shows a screen where you can see that the Mandalorian has on iron and beskar armor. Shows you the weapons and what features the visor has. It’s pretty neat and a cool throwback to 1994’s Metroid.

The person who created this mash up is also working on her own video game called Unsighted. This game hasn’t been released on the steam store yet but is planned to come out sometime this year.

The few androids that remain in Arcadia, once a populous metropolis, are running out of Anima, the energy that gives all robots their consciousness.

Explore this forgotten city and save the remaining androids from turning into Unsighted.

Nerdbot does not make anything from the sale of this game, we just strive to support artists and thought you might like to know.

Valentine’s Bulbasaur Is Here To Give You Flowers

Why The TutuApp Is One of the Most Popular Installers