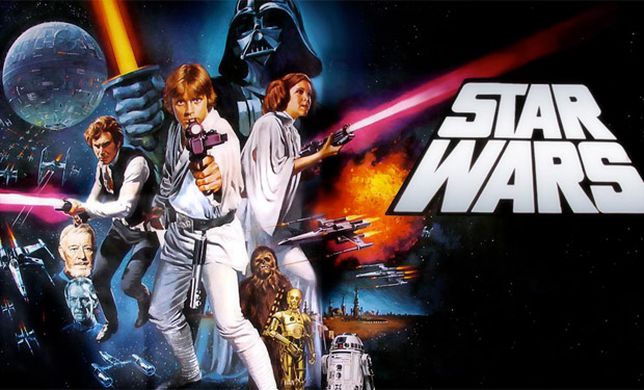 I should probably explain myself… what’s on Disney Plus is what I would call “enhanced” versions of the first three installments. See back in 1997, we we’re treated to a re-release of George Lucas’ landmark science-fiction saga. All of the original movies, on the big screen, CGI updates, extra footage, basically a thirteen year old kid’s dream come true. It was a chance to garner a new generation of fans while creating a buzz about the prequel trilogy which kicked off a year later with The Phantom Menace’s debut.

Believe it or not but Han Solo doesn’t meet with a CGI Jabba the Hut on Tatooine. They did not have that kind of technology in the 1970’s.

It’s not like these versions of the original trilogy will be on Disney Plus in time for December 20th, but as MovieWeb.com reported, J.J. Abrams has put out the call for the original, unaltered, trilogy’s release.

“I have asked about this, ’cause who wouldn’t want to see that? But I’ve been told that, for reasons that I quite don’t understand, that that’s not necessarily possible. Which is too bad because that was the thing that I loved. In fact, it’s funny, when we were working on The Force Awakens, we were talking about this one scene with Vader and the Emperor and we were having this disagreement about what was said, and, in a way it was, like, we both felt crazy. And we realized we were talking about two different versions, because there’s the de-specialized, which you can see online, someone got me a version, and then there was an official version. There was the original theatrical version and then the version that people see now.”

If there is anyone powerful enough to make it possible for us want to watch a technologically substandard of Star Wars, it’s J.J. Abrams.

Don’t worry, Darth Vader is still an old crusty white guy at the end of Return Of The Jedi.

Do you know about the human Jabba? Let Nerdbot know in the comments!!