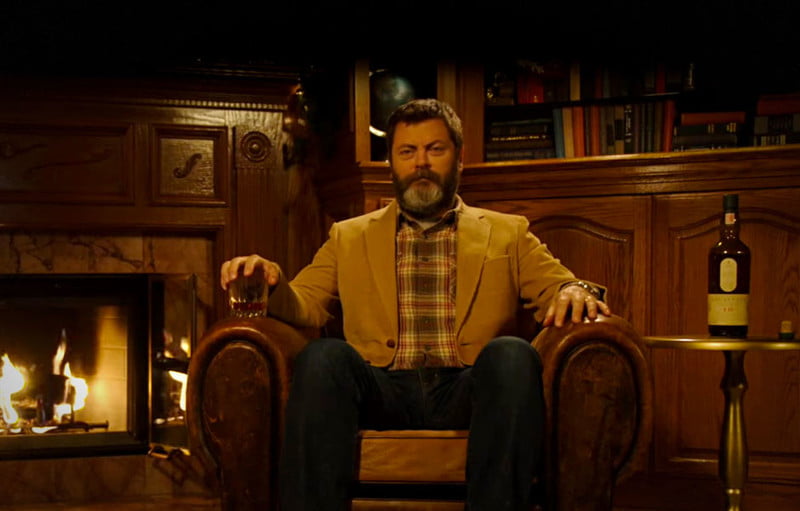 Remember the two part season six premiere of Parks And Recreation where the cast went to Europe?

Well something special took place that episode, and no I don’t mean Chris Pratt being temporarily written off the show to shoot the first Guardians Of The Galaxy movie. No, what I’m referring to is when Leslie Knope (Amy Poehler) sends Ron Swanson (Nick Offerman) on a scavenger hunt that ends at the Lagavulin Distillery in Scotland and how this small plot point which lasted a couple minutes on screen maybe is responsible for bringing a new adult beverage to liquor stores across America.

I’m talking about The Lagavulin Offerman Edition. As TheSpiritsBusiness.com reported on October 28th, Lagavulin and Nick Offerman finally releases their anticipated collaboration they’d been teasing on social media since back in September.

Believe me, Lagavulin could not have found a better candidate to collaborate with. As any Parks & Rec fan would tell you, there are some pretty noticeable similarities between Offerman and Ron Swanson. Your might immediately go to facial hair, or woodworking, but it’s the appreciation of a good scotch that put these wheels in motion.

“Carrying the signature Lagavulin Islay single malt peatiness with sweet berry and orchard fruit notes, this Scotch whisky is for those who adore Lagavulin’s patented smoky flavour and the patience required to masterfully distil a single malt is what they told me to say, but I would rather just tell you that I am giggling with delight at the notion of people enjoying this limited edition Scotch,” Offerman said.

The eleven year aged “Lagavulin Offerman Edition” is available for around $75.00 and while supplies last. Remember it’s a limited edition. You can also go to reversebar.com where you might be able to get a bottle that comes with a free gift from The Offerman Workshop, Nick’s LA based group of woodworkers.

And if you’re looking to watch something while you’re hopefully responsibly consuming your Offerman Edition scotch, check out Lagavulin’s My Tales Of Whiskey which comes courtesy of their YouTube Channel. During these four videos, Offerman takes us through the distilling process and all the small but very important steps in making that bottle of liquid courage.

Have you tried The Offerman Edition from Lagavulin? Let Nerdbot know in the comments!! 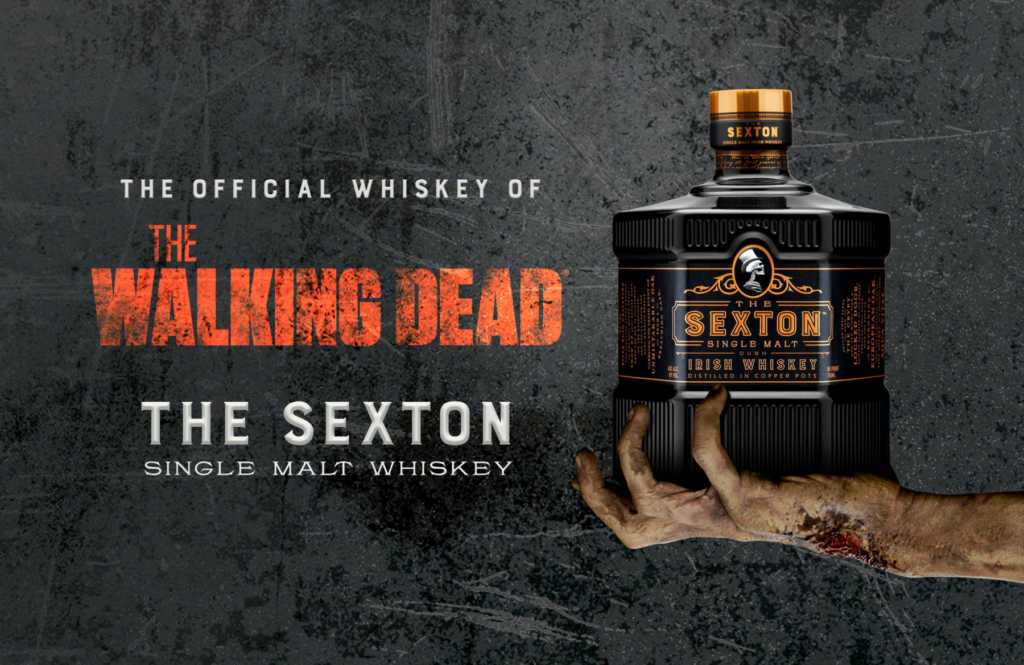 Special “The Walking Dead” The Sexton Whiskey to be Released