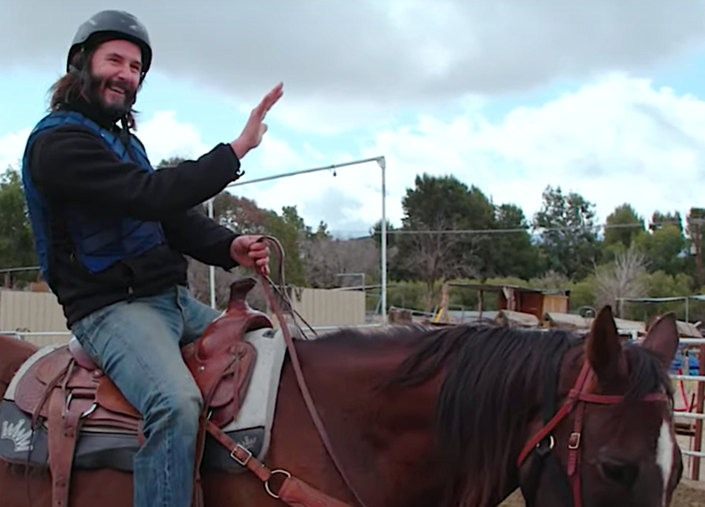 For one of the scenes in John Wick Keanu had to learn to ride a horse. They of course videoed the whole thing and now we can see Keanu excel at something he had never done before. Because of course he was a natural with riding, horses can sense pure souls.

In the video he tells us about his excitement for training on a horse. “Riding a horse was too easy for Keanu, So we had him do trick riding.”

Seeing him train on a horse only shows us more how amazing he is. Even though it reportedly makes him uncomfortable to have people talking about him, how can we not. Keanu is an angel fallen from heaven. Though he has had some very rough times in his life he has chosen to be a good person. He has created charities, embraced his fans, given up his seat on the subway and helped coordinate an effort to get people to their destination after an emergency landing. And the horse, knew all that.

They say that you have to be a very special kind of person to be a horse whisperer and that is exactly what Keanu is.

What do you think of Keanu being a natural at riding? Tell us in the comments what you think!