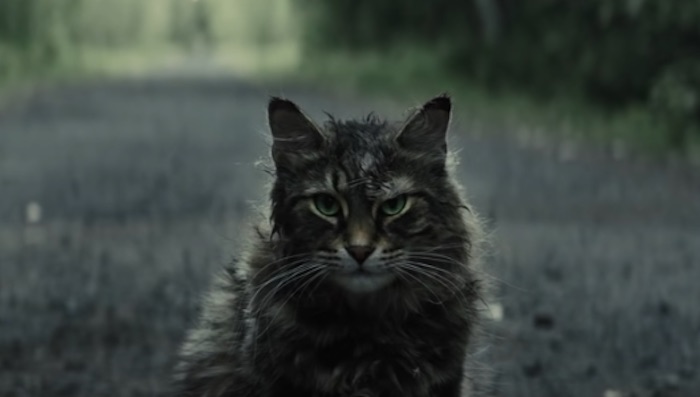 Pet Sematary: An Unneeded Remake with Almost No Scares

Before we get started I just want to say that I thought about keeping this spoiler free, but as stated above this film is a remake.  So with that being said, if you haven’t seen the film or the original this would be the place to stop reading.

Alright, I am going to just come out and say it, I did not like this film. I know that they were trying to be edgy and give us something that we haven’t seen before, but if that was the case then they should have just made an original film. Having seen the second trailer, I knew what the twist was going in, so maybe marketing screwed things up by showing that part so early on.  Also in the opening credits I was given a heads up that this movie was going to be quite different from the original when it stated based on the novel instead of adapted from the novel. There is a huge distinction between the two.

The film actually starts at the end of the movie, then cuts to the beginning with the Creed family driving to their new home.  Jason Clarke plays Louis Creed, a doctor from Boston that is looking to start a job at the University and get away from the hustle and bustle of the big city life to spend more time with his spouse Rachel and children Ellie and Gage.  Soon after moving in Rachel and Ellie witness a funeral procession with some creepy ass kids (can somebody please say trying too hard). Ellie then sneaks away and discovers the Pet Sematary and the deadfall that leads to the burial ground (which in the original novel and film was stated to have belonged the Micmac tribe.) This is where Ellie meets Jud , played by the ever great and one bright light of the film by John Lithgow. Ellie quickly befriends Jud, and wants him to meet her cat Church (short for Winston Churchill.)

One day a student by the name of Victor Pascow is brought in to the clinic after being struck by a car.  Louis tried to save him but he dies anyways. Later on, Victor comes in to warn Louis not to cross the barrier. Stating, “The ground is sour.” Well, a little while later, Church is hit by a car and dies. Jud tells Louis to meet him at night to bury the cat.  They, of course, cross the border, and Jud hands Louis the shovel instructing him that he “must bury his own.”

The next morning, Louis is amazed to see Church walking around.  Louis goes to Jud looking for an answer and Jud gives him a vague story about his dog that was buried there a long time ago and a small description of the Wendigo. Louis, becoming frightened, takes Church down the road and leaves him there to fend for himself.

Now, this is where the story takes a wrong left at Albuquerque.  During a game of hide and seek, Ellie hides near the road and notices Church walking home.  Ecstatic she runs out down the road, unaware that Gage has seen her and followed. Soon the dangers of texting and driving show as a distracted driver comes barreling down the road.  Louis sees Gage only and is able to grab him at the last minute, but is unaware that Ellie was standing just further up the road.

During the funeral, Jud looks at Louis knowingly.  Rachel, unable to deal with her grief, takes Gage back to Boston to stay with her parents.  That evening, Louis walks over to Jud’s place and proceeds to drug him. He then unburies Ellie and takes her to the burial ground.  Later, that evening, she comes back and Louis cleans her up. Laying down, she tells Louis that she knows that she is dead. Louis, in his grief, tries to push away the fact that she is no longer his daughter.

After Gage has a bad dream, Rachel calls Jud because Louis has not been answering her calls. Jud goes over and notices the dirt on Louis’ hands and tells him it’s not to late to undo what he did.  He heads back home and notices Ellie in the window. Frightened, he runs back home and gets a pistol. Hearing noise upstairs, he searches the house but gets distracted by Church. Ellie proceeds to slice his Achilles’ tendon.  She then verbally tortures him, before killing him.

Soon, Rachel and Gage arrive back home and find Ellie alive.  Louis explains about the burial ground, and tell Rachel to hug their “daughter.” Rachel is unable to embrace her knowing that the person standing in front of her is an abomination.  She runs upstairs with Gage and locks the door.

While Louis goes to check on Jud, Ellie somehow gets inside the room and wounds Rachel. Rachel is able to escape to another room.  She breaks a window and sees Louis running back. She drops Gage into his arms, just as Ellie slams a knife into her back. Louis, runs upstairs and finds Rachel bleeding to death. She tells him not to bury her in that place. Ellie proceeds to knock Louis out and drag Rachel to the grounds.  Upon waking, Louis follows and is confronted by Ellie, who tells him it is too late. He tries to end her life for a second time but is felled by a resurrected Rachel. Who, along with Ellie’s help, now drag Louis towards the burial ground. The film ends with the now resurrected family returning from just setting fire to Jud’s home, and surrounding the infant Gage.

Now, in the original film, Gage is the one that we see struck by the truck, as Louis falls just short of reaching him.  In my opinion that was a much better way to do it. Not only did it hit emotionally because it happens right in front of his face, but the impact that it has on him as a failure of a father. I had read that the reason the directors went this way is because they wanted to show how a nine year old can understand and speak about what is happening.  Now this is interesting but loses out to the loss of innocence that an infant has.

Aside from John Lithgow, the rest of the acting was static at best.  Jason Clarke was did not bring his A game. Especially when working with first class talent it showed just how big of a gap there was.  And the same could be said for Amy Seimetz, whom played Rachel. Neither seemed to bring in that feeling of a parent that lost something.

And since this was a horror movie, one would expect scares.  But aside from trying to gross out and shock there wasn’t much there.  The makeup of Victor after the accident was supposed to look more realistic, but with showing more, they somehow made it look faker than the original.  Now they added more scenes with Rachel’s sister Zelda, who suffers from spinal meningitis, as a way to terrify and torture Rachel. But, once again too much is shown, and really takes away from the flow of the film.  When will directors learn that in Horror, less is more.

Finally, the end of the film is the worst part.  Having each member of the family murder and bury one after the other was laughable.  I read that the directors filmed three different endings; dark, darker, and darkest. And said that they chose the darkest one.  I have trouble believing that and feel as those chose the lazy way out. They did leave it on a cliff hanger like the original, but let’s be honest.  We all know what is going to happen after the credits faded to black.

Now, remember that this here is just the opinion of one person.  And the reason for the summary was to save you some money. However, feel free to watch it yourself and let me know what you think.  Just as dead is better, sometimes the originals are as well.