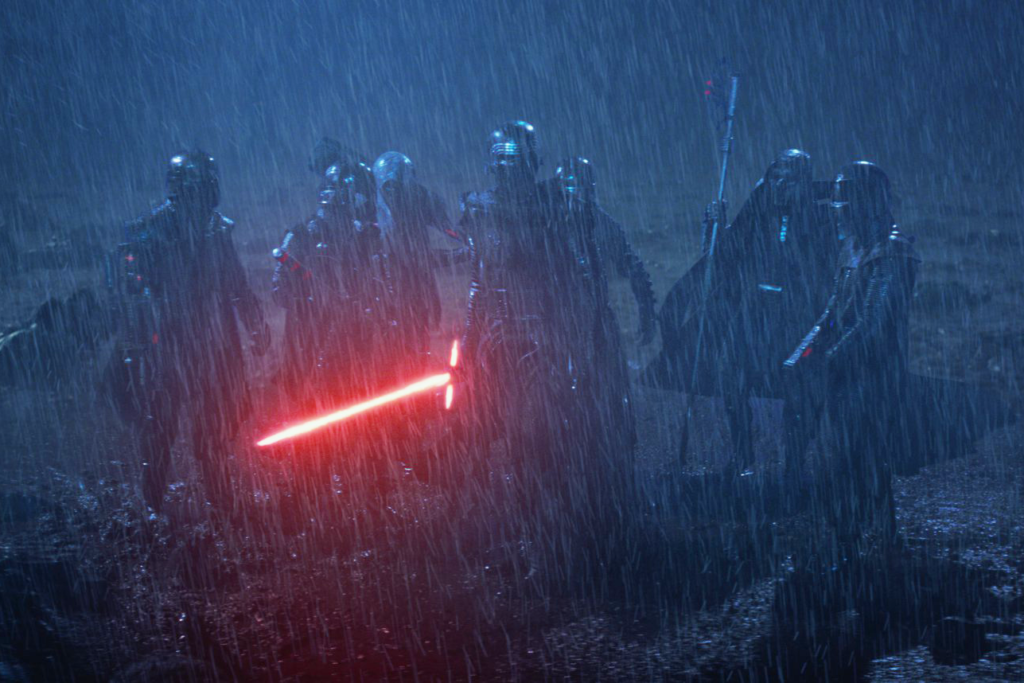 EXCLUSIVE: Knights of Ren Will Play a Major Role in ‘Episode IX’

One of the lingering questions from the new Star Wars trilogy is “Who are the Knights of Ren?” There was hope that we would see more of their story in the Last Jedi but that never played out. Now with J.J. Abrams at the helm of the third and final movie in this trilogy, we will finally get to see what the Knights of Ren are all about. A source close to production on Star Wars Episode IX has told us that we can expect to see a lot more of the them in the newest film.

The Knights of Ren were previously only touched upon in Force Awakens when they were shown in a vision that Rey had after touching Luke’s Lightsaber.

The character for the Knights in the film were based on the rejected designs for Kylo Ren. They have yet to disclose the history of the Knights themselves in the J.J. Abrams film, but we can expect to learn a lot more about them in the upcoming movie.

The Knights of Ren are an order of elite warriors who follow the Dark Side of the force. Previously following Snoke before he was killed by Kylo Ren, they now have a new dark leader to look up to. Kylo who has a rich history with the Dark Side as his grandfather was Vader could now have a following whether he wants them or not. It’s been rumored they could be the other Jedi that were training with Kylo when Luke attempted to kill him.

Are you excited to learn more about the Knights of Ren? Tell us in the comments what you are expecting from Episode IX!