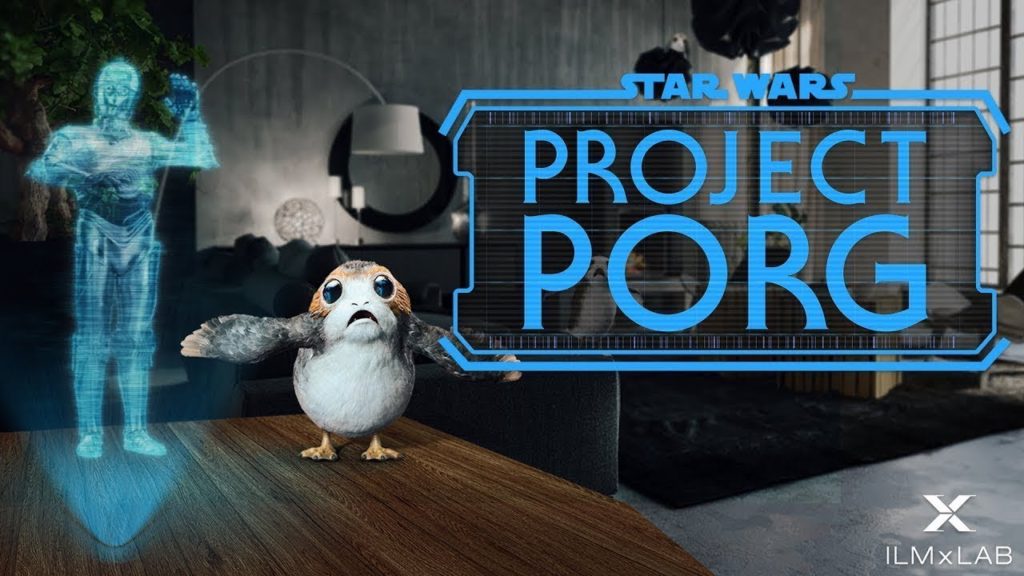 Probably one of the best things to come out of episode 8 was Porgs. Right away as soon as they were introduced they took the internet by storm and everyone fell in love with these little guys. The movie only further feed that addiction showcasing them being all cute and adorable.

A new Augmented Reality game by Lucasfilms ILMxLabs has worked on a AR games that allows you to raise a family of porgs! From what they show cased it very much looks like a Tamagotchi. Because much like that you have to feed it and care for it.

Believe it or not but this actually has a little story to it as well. It is that chewbacca has left you with a device as well as a porg. As soon as you notice both of them a C3-PO comes up in the device. And informs you on how to take care of them. And that’s pretty much it.

From what was displayed it’s almost like having a real pet. Even the developers said that themselves that they wanted to make a really immersive feeling. To make you feel as if you really own a porg. You can feed them, play with them, even point a laser at something and watch them chase it! With enough time you can even raise a little family of these guys and have a whole bunch run around your play area!

There is no current information on when the game will be released but we are hopeful that it is coming soon!

Would you play this? Tell us in the comments!