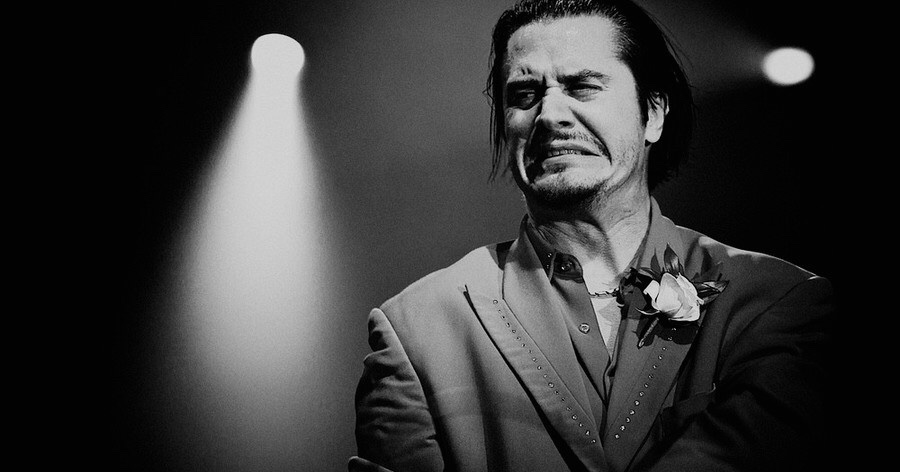 I can’t decide what would be more “LA”, having Katy Perry coming out before an NFL playoff game singing The Star Spangled Banner in the latest designer fashions, with a twenty piece choir backing her… or the frontman of a 90’s experimental funk metal band doing it?

Once again everyone this is not an Onion article as Pitchfork.com reported on January 11th that lead singer of Faith No More, Mike Patton, will have the opportunity to pay homage to our country tonight! 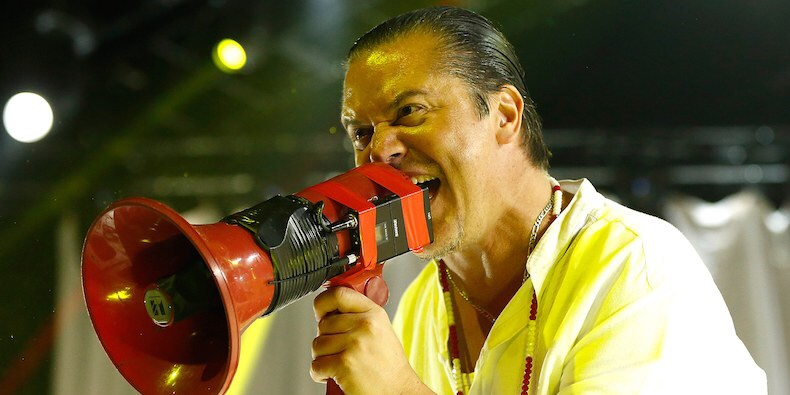 Even without the mega-phone, the guy has a set of pipes.

Personally I have no idea what prompted this decision. Lord knows some unusual suspects have been given the privilege of performing at sporting events. But to give the prime time screen time to the dude from Faith No More? I can’t figure out if he won the job legitimately, or maybe Katy Perry was sick? Or maybe Faith No More is about to release a generation defining album? And what were seeing here the first piece of publicity… I’m sure the show will be… wait for it…

Believe me, I want to “epic” so bad but I’ll guarantee that joke has been made a million times by now. I do think it would be crazy if Patton let out a loud closing “home of the braaaave” then released the next Jagged Little Pill. Maybe Faith No More is a real life Wyld Stallyns and there next record rights all that is wrong with humanity.

Patton has also been confirmed to be on stage for the Chris Cornell tribute concert this week at the LA Forum.

You can catch the performance at 8:15 pm EST on Fox before the Los Angeles Rams square off against the Dallas Cowboys.

Which alternative rock frontman from the 90’s would you like to see sing The National Anthem? Let Nerdbot know in the comments!!