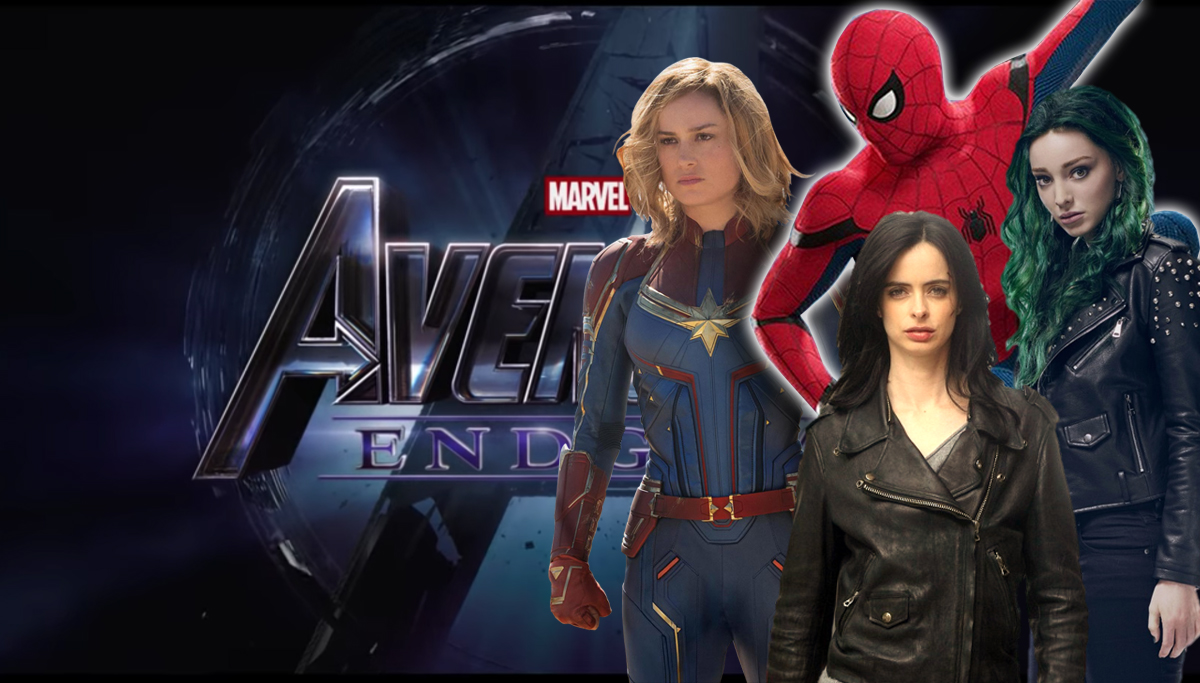 There are two types of people in this world. You are either a DC fan or you are a refined and well liked Marvel fan. For Marvel fans this year is jammed packed full of exciting shows and movies that are coming out or continuing this year. There are many shows that are continuing this year that had an amazing start like The Gifted and Legion as well as new movies ready for our rave reviews such as the much anticipated Captain Marvel. Whatever you have been waiting for this year has it! And if you haven’t gotten around to watching something this year is the year to play catch up.

The Gifted has proved to be a really interesting tale about the age of Mutants in an era where the X-Men have disappeared. The mutants have gone underground while they fight for a way to attain Mutant Rights. The second season so far has been focusing on Polaris’ pregnancy and with six episodes left will expand on her relationship with her mutant child. The show wears its soap opera DNA on it’s sleeve but it makes for entertaining TV to see how mutants from the comics are adapted to fit in with the show. I admit to having a big soft spot for the X-Men in any form and getting to see a live action Blink running around keeps me happy.

Later this month Netflix is set to drop The Punisher Season 2 on their streaming platform. The premiere has taken on a melancholy mood given that practically every Netflix/Marvel show has been cancelled. Disney is gearing up their own streaming service later this year and have begun cancelling everything that isn’t something they own all of. Which makes The Punisher feel like a dead show walking even though it hasn’t officially gotten the axe yet. Hopefully the show will have a graceful send off for Frank as he continues his quest to shoot every bad guy he meets in the face.

One of the most anticipated films of the year is Captain Marvel. Many people have waited their whole lives for a movie featuring the heroine. The film has gotten plenty of buzz for its no nonsense heroine who isn’t just meant to be eye candy for male fanboys. Even her uniform has been contentious as not sexy enough for some old school fans of the character. I just can’t wait to see how this will tie into our next film in the list as we see a character lined up to stand toe-to-toe with Thanos.

Are you ready for this? I mean really, emotionally ready for this. Because I’m not. I rewatched Avengers: Infinity War the other day and I just couldn’t finish it. While this film is hopefully going to mend many broken hearts I just don’t trust it. Especially after how gut ripping the first movie proved to be. Definitely bring a box of tissues to this one, hopefully to wipe away happy tears but at this point who knows.

The only thing I know about this one, and I’m sorry, is that Cloak & Dagger are based out of the Marvel Cinematic Universe. They share the same story-line with other shows that are currently airing. The show follows Tandy Bowen(Dagger) and Tyrone Johnson(Cloak) as they use their powers together. The show is up on Freeform and season 2 will be airing sometime this spring.

Dark Phoenix already has articles going around about how bad it’s going to be. Will we still go see it? Yeah we will! I’m curious to see what they do with the last X-Men movie produced by 20th Century Fox before Disney and Marvel got the rights to the characters. What will they do with it? Will it go out in a flash or be a giant bomb? What do you think?

Far From Home is the sequel to Tom Holland’s Homecoming. If there was a way to reboot the Spider-Man franchise after Tobey Maguire left this was the way to do it. I honestly grew up not a Spider-Man fan but with the movies they have been putting out he has quickly become one of my favorites.

The little show that could continues its run over the coming summer. To be honest, the show seems to only be for the die hard fans of the extended MCU. It also helps that it airs on Disney owned ABC, making it an easy show to keep up simply to have something Marvel related on the network. The show has already made it to 100 episodes, making it a solid package to help fill out the upcoming Disney streaming service. Whether the show is good is something I’ll leave to the fans to decide. I am just glad actors Clark Gregg and Ming-Na continue to have steady work so its good for that reason.

The trailer for this one looks promising enough however with young mutants seemingly in a spooky mental asylum. Unlike other mutant based stories, this one is more overtly horror themed with jump scares and weird imagery. What makes it hard to get too excited is the fact that the film was originally supposed to come out in 2018 and was instead pushed back to this summer. The film has undergone extensive reshoots which is usually a sign of trouble as the producers scramble to save a movie that isn’t working. Apparently the film is being made scarier and incorporating ideas that we’re originally in the film by director Josh Boone but rejected by the studio. The success of Deadpool has shown Fox that sometimes you gotta trust the instincts of the director and have allowed him to Boone to stay on to polish the movie up. Hopefully their gamble works out when the film comes out in August.

Ahh, Jessica Jones. The heartstrings are fragile with this one. With the release of the third season fans are well aware that this could very possibly be the last installation to the Netflix series. Time will tell but since the cancellation of well recieved DareDevil happened it’s better to not get our hopes up. It will be nice to see if they give us some sort of closure for the season seeing as many are anticipating the cancellation of this show as well. I wonder how she will fair after all that happened in the second season. THAT was Brutal.

The best comic book show on television continues its run on FX. I have mentioned before that I tend to be mostly a fan of X-Men and will watch just about anything with mutants. That being said, Legion takes a character I have never liked and puts him on one of the most creative and visually daring shows I have ever seen. The show is completely fearless in being a psychedelic mind trip with wild visuals, dance sequences, and absolutely insane plots. The fact that we have even one season of this show is a minor miracle and I cannot wait to see what else they have in store for David Haller’s broken psyche.

Since all the Netflix Marvel shows are being cancelled it still remains to be seen if Runaways will be a staple show for Hulu. This show about the children of supervillains who *ahem* run away to fight against them just had it’s second season premiere only a couple weeks ago. The show is the closest the Disney/Marvel universe has to its own version of X-Men with kids with abilities having interpersonal dramas. However, much like the other shows on portals like Netflix, it’s hard to get too hopeful for the show to continue on beyond this season.

Are you excited for any of the shows on this list? Are you planning on seeing any Marvel movies this year? Tell us in the comments!