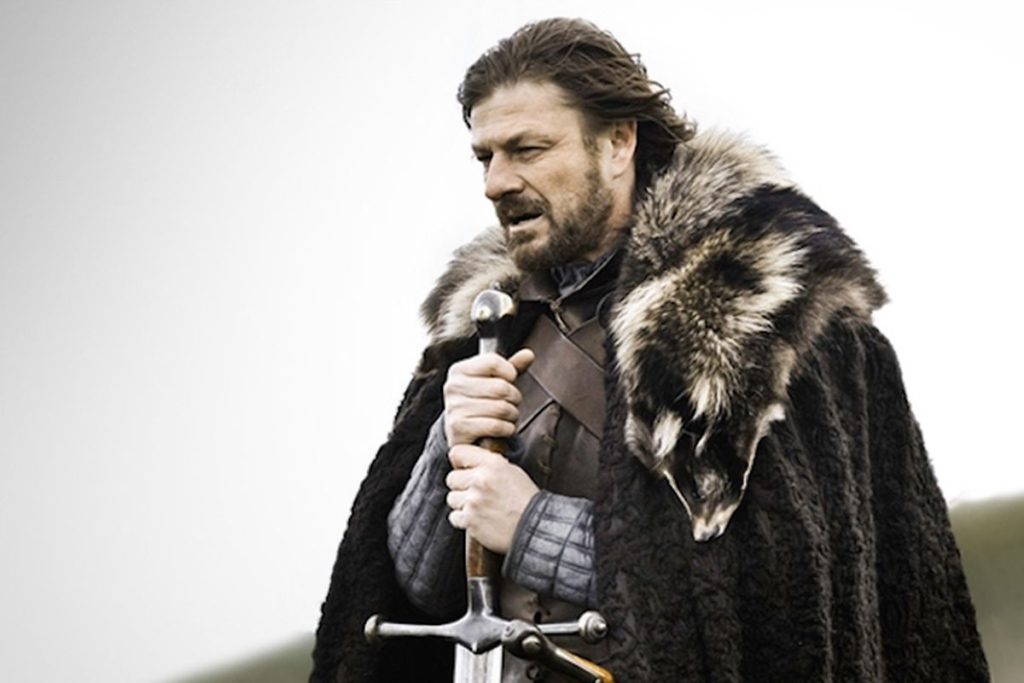 President Trump and His Game of Thrones Poster

Here’s a sentence I can’t believe I am typing: The President of the United States of America, Donald J. Trump, proudly displayed a parody poster of himself  in Game of Thrones during a recent cabinet meeting based off an image he shared several months ago. 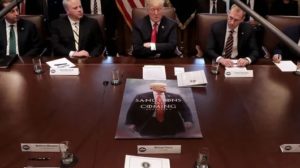 Image: Yes, this is reality.

During the first Cabinet meeting of 2019 in Bizarro World, President Trump left a poster of himself parodying the famous Game of Thrones “Winter is coming.” line. This poster declares, “Sanctions are coming.” Adding to the weirdness is that the image on this poster was shared via a Trump tweet back in early November 2018, much closer to the start of Trump’s sanctions.

The President didn’t clarify why the poster was out during the Cabinet meeting. 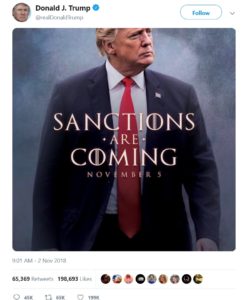 Image: The Original tweeted version of this poster.

Sadly, no one asked the important questions such as who Trump’s favorite House is (I am betting House Lannister) or which character should sit on the Iron Throne at the completion of the next and last season. Also note that no one pointed out the irony of Trump endorsing a story about how a giant wall didn’t work. If the President or any other important politician hangs up a poster of themselves as Hot Pie, we will be the first to bring you the breaking story.