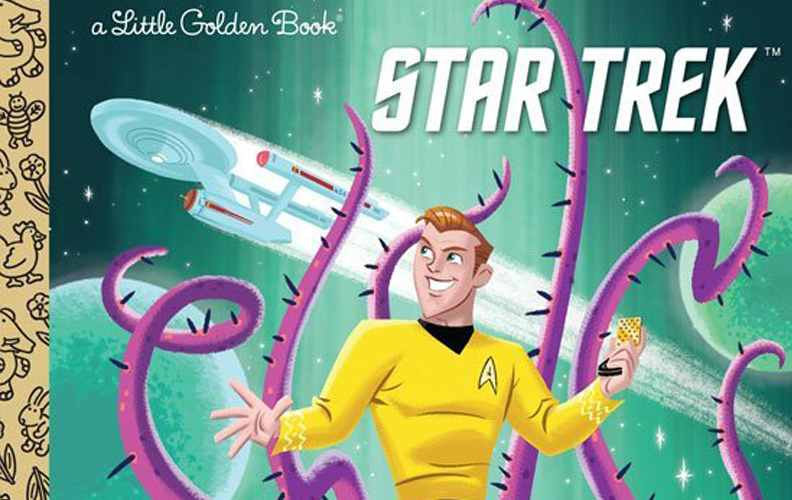 Starting the new year you will be able to introduce the kids in your life to the amazing world of Star Trek. Little Golden Books is releasing a series with the first two books coming out the beginning of next year.

They are kicking off the series with “I am Mr. Spock” and “I am Captain Kirk”. Both books are available for pre-order now on Amazon and will be released January 8th. They additionally announced a third book for the series which can also now be pre-ordered called “Too Many Tribbles”.

I Am Captain Kirk – January 8th “Whether making strange new discoveries at the farthest reaches of the galaxy or facing off against Klingons and other alien races, find out what makes Captain James T. Kirk the most famous starship captain ever. Star Trek fans of all ages will love this action-packed Little Golden Book featuring Captain Kirk and the crew of the USS Enterprise from the classic TV series in a unique retro art style!” “A logical, brave, and brainy science officer, Spock is the pointy-eared Vulcan who completes the crew of the USS Enterprise on its five-year mission. Star Trek fans of all ages will love this action-packed Little Golden Book based on the classic TV series. This book will tell them everything they need to know about one of the most famous aliens of all time–with its fun, lighthearted text and unique retro art style!”

Too Many Tribbles – July 2nd “Captain Kirk and the crew of the starship Enterprise are ready for almost anything–except tribbles! When these small, furry creatures invade the ship, Captain Kirk and the crew must act quickly, before they are buried in fur balls! Star Trek fans of all ages will love this action-packed Little Golden Book featuring Captain Kirk, Mr. Spock, and the rest of the crew from the classic TV series in a unique retro art style!” What do you think of the new addition to Little Golden Books? Are you excited to share Star Trek with someone little? Tell us in the comments!