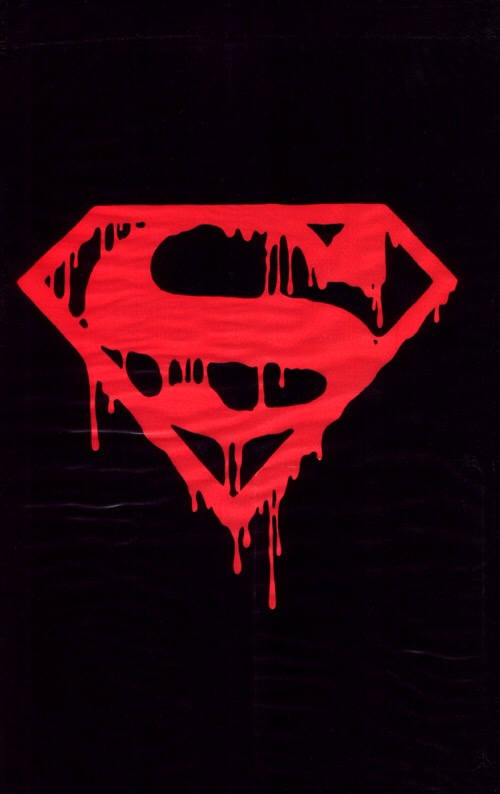 Death Of Superman: A Nerdbot Commemorative

Whose ready to feel old?

On November 18th, The Death of Superman, a landmark in the comic book universe will commemorate its 25th Anniversary.

Let me give you the basics:

The Death of Superman is spread out through seven issues which ran in the later part of 1992.  Dan Jurgens, Louise Simonson, and Roger Stern are the writers who were backed by a lengthy list of pencillers and artists.  The tale follows Doomsday, emerging from an intergalactic holding cell in a forest outside Bucyrus, Ohio (my home state).  He begins his reign of terror, defeats the Justice League, and engages in an all out war with Superman that ultimately leads to the death of the Son of Krypton.

Yeah… twenty-five years, a quarter of a century, nine thousand one hundred and twenty-five days have passed since the Man of Steel met his match against an unstoppable adversary.  For members of my generation whose ages were barely at double digits, the Death of Superman is some that will stick with you until the end of time.  Think about it, you’re a kid, just beginning to appreciate pop culture.  Maybe you had a couple athletes or movie stars you idolized but when it came to literature, superheroes were the most accessible icons.  Symbols of the triumph over evil, stories told using images, something your parents were cool with because at least they got you to read.  And who was the most triumphant? The strongest? The most recognizable figure ever drawn?
Superman.  Personally I’ve always felt Batman was the more relatable superhero, especially when you’re young.  The looming horror of losing your mother or father, even if it does result in being rich and a career of masked vigilance, is a fear every reader can connect to.  Which makes it easier to form a bond with the character.  But when it came to the power of images, and a historical significance dating back to 1938, Superman was the real deal.  A presence that inspired you tie a towel around your neck and believe you were something more than a child secretly awaiting the moment when you could be the hero.  An icon of our country standing for truth, justice, and the American way.  A man who was indestructible.  A man you could always rely on.

And what happens to this indestructible man? This stud icon of Americana? DC Comics decides to kill him off.  As a kid, and preferring DC over Marvel, this was devastating, heartbreaking.  You’ve barely begun to absorb the greatness of the character in your short lived relationship… and he’s dead.  Just like that.  The hero of heroes being beaten by a villain so deadly. Now, we’re young, naive to the business side of the comic book industry so the fact he’d later come back to life to sell more issues had completely escaped my thought process.  I was convinced he was gone for good.  The image of Lois Lane cradling a blood covered Man of Steel is one that haunts you.  Like you didn’t know that was even possible to draw.

Following The Death of Superman I changed it up a bit and took a plunge into the Marvel pool.  Eventually I got around to reading the Funeral For A Friend and Rebirth stories.  They’re okay, some good stuff, but the plot falls short in comparison to the impact left by the preceding events.  I mean… if you were in a band, would you really want to go on after Pearl Jam? I don’t think so.  It’s always hard to follow greatness with more greatness.

In recent months I’ve had the chance to go back and re-read the Death of Superman and it’s as good if not better than it was all those years ago.  Definitely in the “Royal We” of DC graphic novels.  I’d easily put it up there with Knightfall and The Dark Knight Returns.  On top of providing a shot of nostalgia to get me through a nine hour plane ride, the re-read unfortunately made me more upset at Zack Snyder’s handling of Doomsday.  I don’t think I’ll ever get over it.  There are many shortcomings in Batman v Superman but the Doomsday botching stings the most.  It’s no secret that Hollywood has a had a little bit of a Superman problem over the years and I feel the best story he has to offer probably missed the opportunity for live-action on screen justice.  Who knows if it ever will?But since time machines aren’t a thing yet, we’ll have to wait for the upcoming animated feature.  Even if it is the greatest cartoon ever made, the experience just won’t be the same.

I may also add Superman was created in my hometown of Cleveland, Ohio by writer Jerry Siegel and artist Joe Schuster.  Yes, we love this and trumpet it every opportunity we get.  You can even buy awesome clothing to remind everyone else.

So this year, on November 18th, after you’ve seen the Justice League, take a moment to appreciate the past, and how it shaped the stories we see today… those tales from the an earlier time may never be seen again.
By Adam Chmielewski

What are you looking forward to in this series? Let Nerdbot know in the comments!