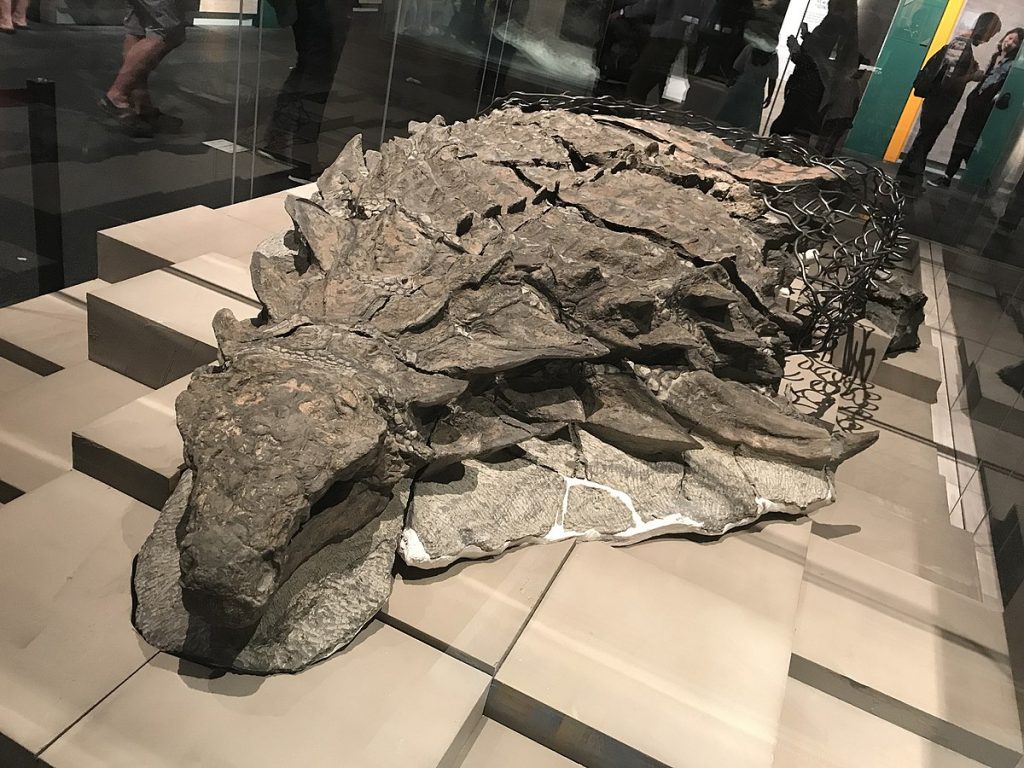 When you discover anything like dinosaur bones usually it’s a good day if you can find all of them to complete a skeleton. But to have one discovered and be almost fully mummified? One where not only the outsides look amazing but some of the innards are also intact? That’s quite a find! In 2017 a Nodosaur was discovered to have exactly that. It was almost a perfect mummy that had not only scales but the insides as well. Giving scientists more than ever to study the long deceased creature.

It was found accidentally by miners in Canada. More than 110 million years old, this Nodosaur has skin and scales over a full skeleton. It’s one of the most significant discoveries that we’ve made in the world of dinosaurs.

The Nodosaur was an herbivore and according to scientists weighed a whopping 3,000 pounds. To give you an idea about just how intact this mummy is, it still weighs 2,500lbs. They’ve named it Borealopelta markmitchelli after Mark Mitchell, a technician at the Royal Tyrrell Museum who spent 7,000 hours excavating and then reconstructing it. That’s no small task! This mummy is 18 feet long and was embedded in rocks.

Using the mummy they have also discovered what the coloring was for the creature. It was a dark reddish brown on the top and like a lot of reptiles had a lighter underbelly. They’ve also estimated that it’s predators must have been very dangerous due to the thickness of the skin.