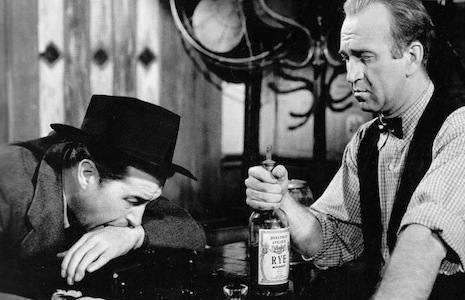 If you have been following Nerdbot long enough you may recall an article I wrote 400 years ago as a “Best of…” pop culture where I mentioned my engagement at Disneyland as the moment of the year for me.

Fast forward to 2020 and things have changed. I am divorced (well, not technically because we weren’t married). I sold my house. I gained weight. My depression has spiraled me into rock bottom more than once. And I spend the last few months of 2019 basically drunk non-stop. These are not things to aspire towards, but they are part of life.

This, however, is not an article on wallowing in my own self-misery. I’ve written probably 2 or 3 dozen of those back when Kotori Magazine was a thing. This is about the long, bizarre story of how the worst movies ever made have gotten me through the worst year of my life. Let me assure you, friends, I have sat through some of the all time worst movies ever. On purpose. Because I hate myself.

I will start this story not at the start, but at the bottom as far as movies go. I watched Sharkansas Women’s Prison Massacre with friends. Somehow I managed to convince other human beings to watch a movie about sharks that swim through the ground to eat women escaping a prison bus. Perhaps they were deeply depressed, too. Or just very bored. It has all the hallmarks of awful. It “stars” a retired porn star (Traci Lords) with a convoluted and stupid plot about how fracking somehow makes evil, mutant sharks. And most of the movie takes place in one house, likely filmed over the weekend. Look for a breakout performance by John Archer Lundgren of Kung Fu & Titties fame!

Just kidding. No one acts or tries or even really looks sober for this movie. It’s as if I made the movie in the deepest darkest pit of despair around Christmas 2019. Though I feel like I would’ve included something like PLOT or SETTING. Basically, this movie is bad and I feel bad for watching it. Though a good laugh was had by all.

In December, I watched The Rise of Skywalker sitting next to my ex and the guy she would go on to date post-me.

The Rise of Skywalker is a bad movie. Many of you love it. Many people also love liver and onions, country music, and getting kicked in the nuts. Just because a lot of people love a thing – and you are absolutely allowed to enjoy whatever you like – doesn’t mean it isn’t an awful mess.

The Rise of Skywalker is a lot like being drunk daily for 6 months.

You remember big chunks of Rise of Skywalker. Remember that really touching scene between Rey and the guy from BlacKkKlansman? Yes! That was actually really good. But remember how stupid it was that some ancient device was somehow made a billion years ago that perfectly lined up with the exact spot they were standing and the wreckage of a 30 year old space station to tell them where to find some random object? That’s a lot like depression, loss, and drinking. It’s all bad but hey, let’s focus on the good stuff! Forget all the incoherence or random characters or jumps or that alien that looked like a penis in the background.

Actually, no. That was a good movie. Sorry.

I meant to say now comes The Irishman. Before you start angrily screaming that it was a brilliant movie, let me ask you something: How many of you made it through in one sitting? How many of you noticed that everyone who had lines in the movie was an old white dude? Women barely talked. Was there even a person of color? I know this is about old white mob guys, but seriously. The wives had like 2 lines of dialogue in the entire movie and the movie felt like it was 45 hours long.

It was basically my internal monologue for most of the second half of 2019. An old white guy talking about being an old white guy with visions of grandeur. Sure, it was certainly the okayest movie I am discussing here, but being my okayest self isn’t great either. Much like my 2019, there are far better stories about old white men doing old white things. It was just… there. It was a movie.

Zaat, much like The Irhsman, is a movie. Unlike the Irishman, it was made by someone who apparently made industrial films and boy, does it show. This movie was parodied by Mystery Science Theater 3000, I believe being called Blood Waters of Dr. Z. I tried to watch it without people mocking it. It was painful. It is a boring – oh, so very boring – monster movie made without any of the fun or fear of a good monster movie. It was like if Bird Box was better…

Did anyone see Bloodshot? No? Me either. I’d like to say I did and have some philosophical discussion on how it’s failure somehow relates to my own and how my growth as a human did something or other. But no one saw this movie.

Recently, I did watch a sequel to a disaster – much like I’m sure my next relationship will be – aptly titled Titanic 2. If you aren’t familiar with Titanic 2, well good for you. It was distributed by The Asylum. The Asylum is kind of like cheap alcohol in plastic bottles. Everything the Asylum makes LOOKS like a real movie but, no, it’s all cheap knock off garbage that will leave you throwing up with a hangover the next day.

Titanic 2 felt like most of 2019 for me. There was a tsunami or something stupid and it’s kind of like a different story but worse. And for some reason Dick Van Dyke’s grandson was in it. Well, okay, that part wasn’t like my 2019. Titanic 2 was the worst movie since Zoombies I’d seen from The Asylum… until I watch Battle Star Wars.

Much like life and break ups and mental health and having a bad year, movies can do great things or bad things. A movie can change a life, like how the original Star Wars trilogy and Star Trek movies really motivated me to be interested in science and writing and film. Movies can also be absolutely garbage that I hate myself for sitting through, like Monsters A Go-Go or I Know Who Killed Me. Movies are also highly subjective. Some people enjoy them, others hate them, and we all still put up with them.

And I cannot stress this enough but I Know Who Killed Me was one of the worst movies I’ve ever seen in a theater. Lindsay Lohan plants like an amputee and… Look, just never see it. Ever. Trust me on that.

Things are better for me and things are better for movies in 2020. Sure, there’s a global pandemic and we are all trapped inside and we are all going insane and movies aren’t in theaters. But at least this year has Black Widow and Wonder Woman 84. And much like my rebirth from crippling depression and social isolation, somehow Sonic was decent and so was Birds of Prey. This will be the year that things I assumed will suck actually turn out to be fun.

Maybe Scoob! will be good and remind me of true happiness. Maybe Sponge on the Run will be amazing despite being in a weird 3-D animation that doesn’t look like SpongeBob. Maybe Bill & Ted Face the Music will teach me that it’s okay to be older and move on again. Maybe…

Oh. Oh god, no. There’s a THIRD GI Joe movie this year? And it’s about Snake Eyes? And it’s an unnecessary origin story?!

Perhaps I was too quick to be sober, move on, and try and fix myself.