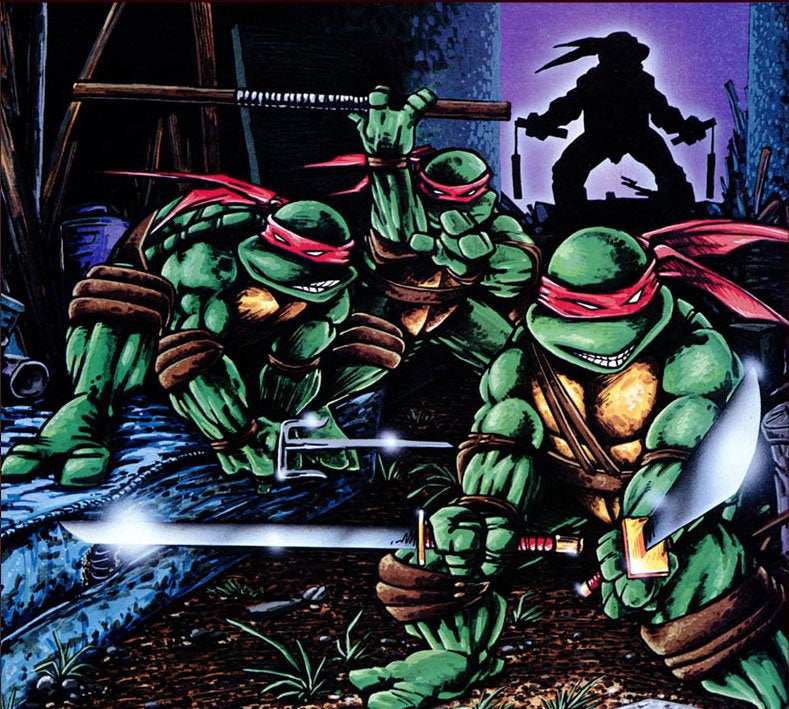 We all know big news comes from San Diego Comic Con, and year 2019 is no different. Kevin Eastman and Peter Laird’s Teenage Mutant Ninja Turtles has been a geek favorite as it ranged from Comics, television, movies, and even manga. The merchandise for TMNT has boomed since its popularity, and even today you will find the Turtles branded everywhere from shirts to hats to shoes.

For those who have been following the Teenage Mutant Ninja Turtles from the beginning, you may remember a time when the Turtles were darker in nature. And at SDCC 2019, Kevin Eastman has said this:

“Its really been so fascinating as we watch so many things on the entertainment side of our industry change so much in particular, you know, and I think of, how I enjoyed Daredevil, the Netflix TV series with Charlie Cox and because Daredevil was a huge influence obviously on the Turtles universe, and for me that was my favorite comic growing up. I feel like The Turtles have evolved to this point after 35 years almost, and this sounds weird, but its almost to where they started out where we had the original black and white comic book come out intended for our older audience, and then we developed a cartoon show specifically for a younger audience, and now I feel like we’ve gone back to that place where we have the original fans that are like 30 years old.”

Eastman continued to speak about seeing a darker TMNT on a streaming site such as Netflix. Something that may interest Netflix, considering all the titles they have picked up. (For instance Neil Gaiman’s Sandman, which was worth a considerable amount.) Netflix has been reaching out for content like this and with Eastman putting this statement out there; they may just snatch up the opportunity.

“…I feel like that’s the direction I think we can go and there’ll be enough of an audience to support both. Because we do see a lot of that fans asking when can we get that edgy, you know, Netflix Daredevilish sort of intensity of the Turtles – at the same time, you can balance that with such a wonderful cartoon series like, Rise of the Turtles, the new series, back to that spot where we’re sacred to a much younger audience. So I think that’s hopefully in the future I’d love to see that, really.”

What do you think about this news? How probable is it that we will see a darker, more intense adult version of our favorite Turtles?