Which unnecessary live-action Disney remake are you looking forward to? If you said any word there, may god have mercy on your soul. Seriously. As a non-Disney fan who just enjoys movies, none have been brilliant, most of them haven’t been good at all. But, hey, money!

Take THAT childhood sense of wonder!

LADY AND THE TRAMP

Remember that silly little movie about a dog from the wrong side of the tracks falling for a classy dame?

Get ready for the CGI uncanny valley horror show that will be Lady and the Tramp (2019)!

Will it be trained actual dogs ala Homeward Bound and Air Bud? Will it be soulless CGI monsters like Lion King? I don’t think even the delightful Tessa Thompson will make me way to watch this. Though, I do hope the Discount Double Check guy makes an excellent dog catcher to scare children of all ages. Wait. Will anyone be upset that Lady is now voiced by a POC, or is that only important for humanoid creatures from the sea?

I assume it’ll be a mostly scene-for-scene remake of the Disney version of Pinocchio but with real people and a CGI puppet. Hopefully they get my boy J.T.T., star of Home Improvement and The Adventures of Pinocchio, to have a weird meta-cameo. I mean, the 1940 movie is such a classic that even Ultron loved it, so surely this will be a movie that exists.

If you are wondering just how many times the story of The Adventures of Pinocchio has been made into a movie, consider that the first time was a silent film in 1911. Truly, there are no new ideas under the sun.

This movie is not even 20 years old and already we will get a live action remake. Actually, it will probably make it out in 2022 so we can celebrate 20 years of a Disney movie most people forgot or only kind of vaguely remember. Perhaps the rights to E.T. were too expensive.

Like most Disney movies made after I turned 11, I haven’t seen Lilo & Stitch so I don’t know much about it other than there is an alien and it takes place in Hawaii.

Of all the remakes that will be shoveled into our gullet in the next few years, this probably makes the least and most sense. It makes the least sense because it isn’t a truly beloved classic that multiple generations will see a poster for and need to try and relive those childhood feelings. It makes the most sense to remake because it’s probably the most under-the-radar Disney reboot in the pipeline and it has a fun, classic premise: a kid befriends and alien. It’ll be just like Mac and Me! But watchable!

THE SWORD AND THE STONE

It’s too late to stop this one, it’s already filming.

The Sword and the Stone will presumably follow the fantastic 1963 film of the same name based on the age old myth of King Arthur, but as a kid and with Merlin. I’d say this is the only movie on the list I remember fondly from my childhood and the only one being written by someone who was involved in the Game of Thrones TV series. Thus, I’d give this the best chance to either be great or so wholly unwatchable that Disney stops making movies about magical things for a decade.

For some reason, it’s also being directed by Juan Carlos Fresnadillo, a horror movie director. Perhaps they’ll play up the oft ignored body horror aspect of suddenly being turned into an animal. Or Madam Mim will just be terrifying.

THE HUNCHBACK OF NOTRE DAME

Here’s another Disney movie I have never seen in my life.

It could be interesting, though, if they actually went a bit classic horror with the live action remake and were respectful to the Romini aspect of Esmeralda. I mean, the movie had infanticide and strong religious themes, so a more mature Disney version of…

Just kidding! It’ll have songs and stuff. Like Pinocchio, I’m betting you can find a better version of the story of the Hunchback. They have literally been making movies since 1905 with the same basic plot. It’s unfortunate that Notre Dame suffered some major fire damage, but perhaps some good can come from this movie and a renewed interest in preserving cultural heritage.

SNOW WHITE AND THE SEVEN DWARFS

For my money go for the 1933 animated feature with Betty Boop over the 1937 Disney movie.

There was/is (?) a Rose Red movie planned, featuring Snow White’s sister. I have no idea if Disney is still planning that, but there is now also a proper live action unnecessary remake in Snow White and the Seven Dwarfs coming out eventually probably. Marc Webb (the 2 not-very-good Amazing Spider-Man movies) is apparently in talks to direct with a script by Erin Cressida Wilson (writer of stuff no one has seen). Perhaps Snow White will actually have stuff to do in this version.

Snow White and the Seven Dwarfs consistently ranks amongst one of the best movies ever made and the top 10 American animated films ever made. I’m glad I’m not trying to match or top that quality. It’s also a fun ride.

Have you always been thirsting for the origin story of a woman who had one literal goal in a movie, and that was to MURDER PUPPIES AND WEAR THEIR FLESH?!

Emma Stone apparently stars as a young, blood-thirsty murderous monster seeking flesh to cover herself in. Maybe she starts at by murdering a few kittens or skinning a squirrel in this movie. Find out soon! I can’t even really consider why this is a movie when you actually think that, yes, this is the origin story of a woman who had the goal of murdering puppies.

I hope it’ll just be the origin of buying and painting her 1936 Alvis Speed 20 Drophead Coupe.

Perhaps these live action versions of classic Disney movies are YOUR thing. If so, good for you. I certainly didn’t grow up a Disney fan at all, but I am a die-hard animation fan. It pains me to see classic masterpieces of animation being turned into average to crummy films just to turn a buck. I guess that’s why I don’t work for the House of Mouse and instead write snarky articles online.

Do you want to see more live action Disney adaptations? Let Nerdbot know in the comments!

Back To The Future Writer Says A Reboot Is Not Happening. Ever 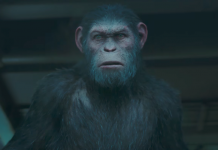 New ‘Planet Of The Apes’ Film Won’t Be A Reboot

Fan Theory: Alvin and the Chipmunks Exist in a Time Paradox

What Students’ Series is Worth Researching Or Writing