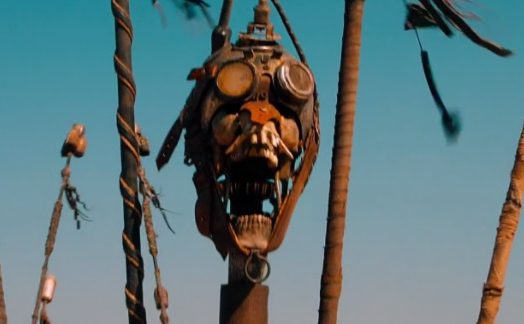 Secret Apocalypse: The Insects are Dead

There is a secret apocalypse happening right now all over the world that is going to have a direct and dire effect on all of civilization.

No, this isn’t a movie. It’s not a book or a TV show. This is absolutely real and absolutely happening under our noses (and feet). Unfortunately, most folks are too busy worrying about Trump or Avengers: Endgame or whatever else nonsense to notice how were are – and I do not use this term lightly – doomed.

The insects are dying en masse.

Image: According to the Xerces Society, RIP monarchs.

This isn’t the kind of apocalypse where one plucky scientists has to show the world the truth and it can be prevented with a button push. This is a real and devastating thing happening right now with no easy answers. Hundreds of studies and thousands of researchers are seeing it. I should know, because I am a professional wildlife biologist.

Image: Once common insects, like bumblebees that pollinate our crops, are nearly extinct.

In one study, 98% of terrestrial insects have been lost in the last few decades in Puerto Rico. Here in sunny California, we’ve seen a loss of about 86% of our monarch butterflies. Hundreds of years of research and collections from around the world are showing losses of 50% or more of insects in any given area – from towns in Germany to the most unblemished jungles. In my neighborhood, the only place I have seen a single butterfly or more than a handful of bees is in my own yard. I work outside much of the year, literally doing biology work. There just aren’t that many insects anymore.

Image: Once far ranging across the US, the American burying beetle is all but extinct.

Why should we care if the insects go? Well, as go the insects, so do we.

If we lose every cute and cuddling little mammal but ourselves and every frog and bird, the world will be a sadder, lonelier place. But it will persist. What IS vitally important for life on earth and, especially, life that can sustain us are plants, fungi, and insects.

Plants and other plant-like organisms are the primary produces. For 99.99% of all ecosystems, plants (or one-celled organisms that do the same thing) are the fundamental building blocks of ecosystems. Many of these terrestrial plants have strong ties to fungi, essentially working either in tandem or being decomposed when they die. It is the plants – making food from the sun – that allow us and all other living things to be here on earth.

The next most important group? The insects and their kin (crustaceans, arachnids, etc.). They pollinate flowers. They eat plants. They move seeds. They are, for lack of a better term, the true stewards of the earth. Or they were, until we killed them all.

They even make sure we aren’t knee deep in cow shit.

Image: The lowly dung beetle, the image of Ancient Egypt.

The reasons they are disappearing are myriad. They threats insects face are Legion. Whole groups of pesticides are killing pests and the insects like bees and butterflies that we rely on to pollinate about 30% of our food crop and 90% flowering plants. There’s climate change which, sorry guys, is absolutely real and causing global harm. The degree or so change we’ve seen in the last 25 years is disrupting life cycles. Oh, and then there’s the fact that we are putting up shopping malls and, especially in places like the US and Europe, we are planting fields of grasses and garden flowers that are essentially deserts, useless for our native wildlife aside from a few flies and mosquitoes. The reason I have butterflies, lizards, and bees in my yard is largely because my yard is planted to look like the California scrub that was there before my house.

And with all these dying insects, we are losing the rest of nature, like birds.

Make no mistake and mark my words: The apocalypse is upon us. It won’t be a crazy, Mad Max future without oil. It won’t be a scary, cannibalistic future like the Road. There won’t be a nuclear holocaust or an alien invasion. One day there won’t be any more dragonflies at the park.

No more bees in the garden.

No more fruit at the store.

Image: It ain’t just bees, friends. The total mass of ALL insects in plummeting.

We will end up a footnote in history thanks to our own greed and hubris, having killed the most important parts of nature we need to survive. But, hey, the cockroaches will probably still be around. Maybe we can milk them for food…

Image: Yes, this cockroach basically produces a substance like milk for its young.

For those of you who still think I am being a bit extreme or you don’t really care, the biggest job after society falls won’t be War Boys or running a Thunderdome, my friends. Oh, no. You can get a great job hand pollinating flowers.

“The damselflies are awaited in Valhalla!” – Post-Apocalyptic Entomologist