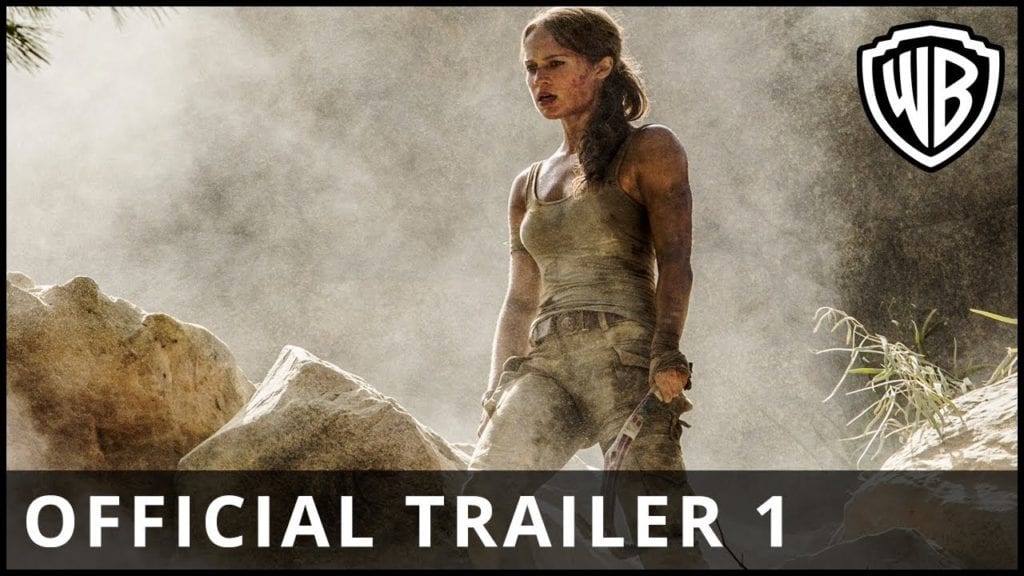 The first trailer for the new Tomb Raider movie is out, and it’s a bit of a mixed bag. While we reported earlier this year that things were looking promising for the picture, chiefly because they seemed to be following the story from the excellent reboot the game franchise had, the trailer is throwing out warning signs like a power plant on inspection day.

Apparently the spirit of adventure is not enough motivation to go looking for lost tombs. Lara is now trying to save the World. Lara also exists in the standard Hollywood world where no one can pass up the chance of a horrible cliché. Shitty one-liners featured in the movie include, but doubtless will not be limited to:

·      Basically every single line in the trailer.

Lara’s father is either stupid or willfully arrogant, sealing a key meant only for Lara in a puzzle box because he apparently thinks she’s the only person on the planet smart enough to open it. Could have always just put it in a safe? I mean you were the CEO of friggin’ huge company; I’m sure you had a couple.

Lara seems horribly naive, referring to her mission as a bit of an adventure when she’s explicitly told that the world is in danger, and deciding to only take along her mate. Now this is just me, but if someone told me the fate of humanity was at stake and I was a billionaire, I’d be taking a frikken’ army with me.T

They’ve also wussed out with the big-bad if this reel is anything to go by, choosing the much less interesting ‘rich guys wants a treasure’ archetype instead of the ‘war hero gets stuck on a remote island too long and goes a bit crazy.

There are some nice nods to the games, with an admittedly impressive looking flight from a ship about to get wrecked by violent seas, plus a hair raising look at Lara negotiating a ravine on the back of rusted out war plane. This is kind of a good sign.

One of the reasons that people loved Lara so much in the new games is that she doesn’t start out as some hardcore badass. It’s the truly horrific ordeals that she goes through on Yamatai that basically force her to toughen up or die, and for this reason you kinda kid yourself that you could achieve the same levels of bad-assery in that situation.

There’s a part of me that really wants to believe that whoever put this trailer together decided to assemble all the worst bits of the film they could find, so that it would be a lovely surprise when people realize it doesn’t suck. I am not half as naïve as Lara Croft however, but a guy can always dream.

What do you think of the Tomb Raider trailer? Let us know in the comments below.